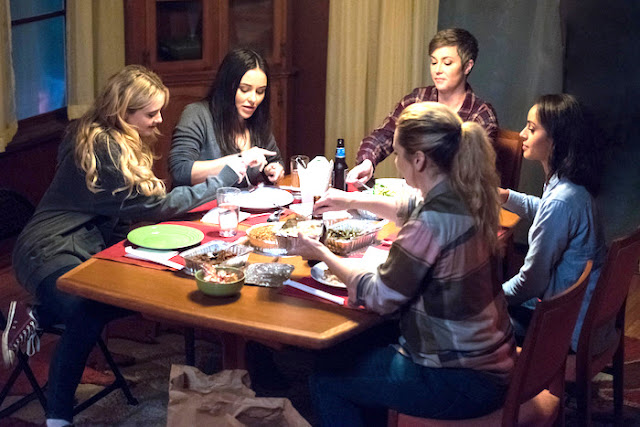 Here we are, back with the second half of season 13, and with an episode that is exciting for two reasons...

1. We get the resolution of what Sam and Dean stepped in, quite literally 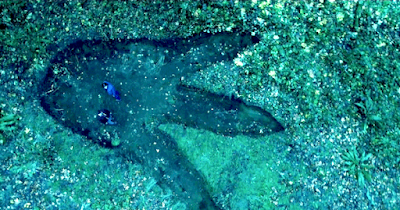 2. This episode titled "Wayward Sisters", has also been designed to work as a pilot for a possible spinoff series. 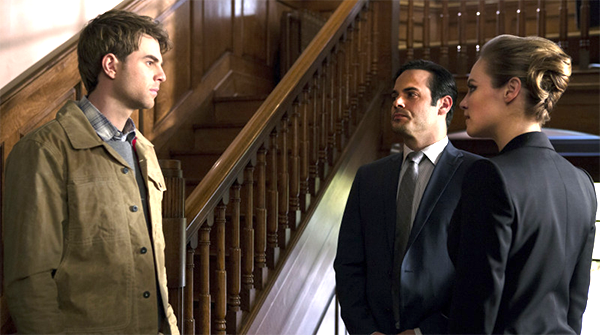 In season 9, the Supernatural creative team tried to launch another spinoff. Called "Bloodlines", it was based in Chicago and revolved around the lives/loves/battles of monster families. It looked a bit like Dynasty with monsters. Bloodlines was not well received. It wasn't that it was a terrible hour of television, it was that it was not a good hour of Supernatural. It felt removed from the Universe and from the heart of what Supernatural is and represents, and it had all new characters, there was no one for the fans to hang their hats on. In addition to this, it was placed at episode 20 in the season - a point when things are really heating up and all we want to see is what the hell is going to happen next! The Bloodlines pilot was not picked up, and everyone involved admitted they'd made an error of judgement across the board. 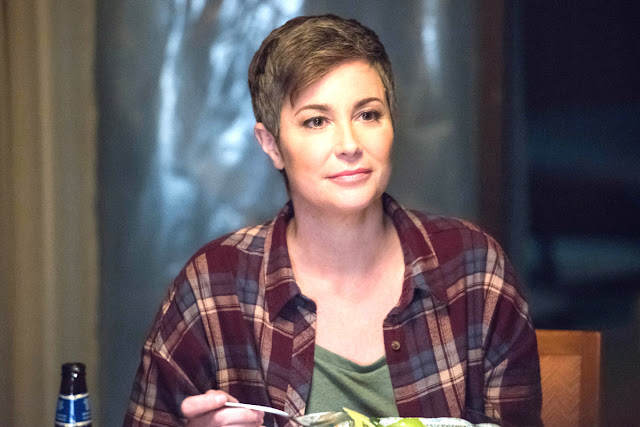 Cut to season 13, and the creative team listened to, and took on board what the fans of the show said about the first spinoff attempt. This time around, they've based the spinoff pilot well and truly in the Supernatural Universe both in tone and concept. They've used characters that are well established and well loved, in Jody and Donna, as well as characters the audience has a relationship with and whose history is known and understood, in Alex and Claire. They carefully introduced new characters throughout season 13, in Kaia and Patience who had vital story points in the episodes in which they featured. They've also ensured that the episode is positioned appropriately in the season being number 10, and is anchored around Sam and Dean Winchester and the predicament the brothers find themselves trapped in, giving us a resolution to the cliffhanger in the midseason finale. Wayward Sisters has been well thought out and well planned. As a great man once said, family don't end with blood, and these women, they're creating their own family. 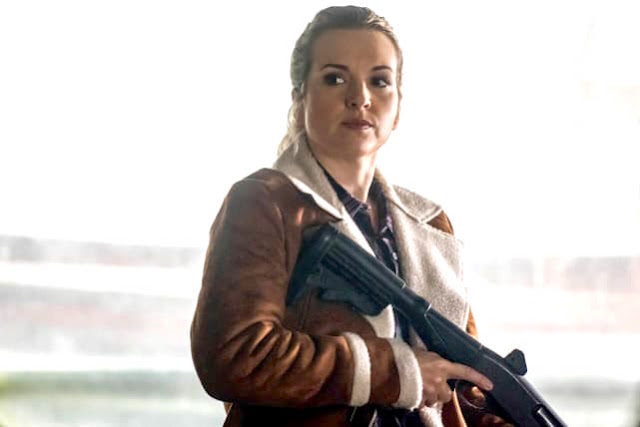 Wayward Sisters is not Supernatural, nor is it saying it is. It's not titled Supernatural: Wayward Sisters. It's not a threat to Supernatural, it's not a replacement for Supernatural which could never, ever be replaced, it's a companion to Supernatural, an extension of a precious Universe, a parallel world which not only allows the viewer to see new stories through a different lens, but, from a totally selfish perspective, also allows for the possibility of story and character crossovers from the mothership show into the spinoff show, and with Supernatural in its 13th season, we know that somewhere in the scary not too distant future, in a year or two, Supernatural will come to an end...but if the characters survive and the Universe survives, maybe the characters we love can sometimes revisit us through the new show. They will be kept alive on screen through these women and their stories. These things are all possibilities and bonuses that you know everyone involved in Supernatural and the potential spinoff have considered, and they are a definite plus for the fans. 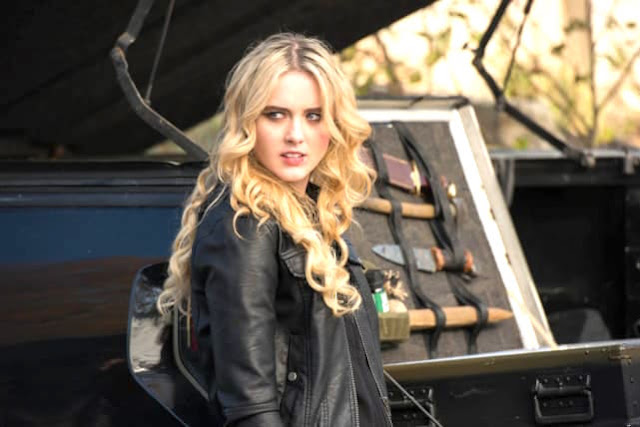 This is why I'm excited about Wayward Sisters. It's not solely for female led stories, though I'm definitely excited to see these kickass women kicking ass, but because this is Universe I love, a Universe I know, a Universe I have been with for over 12 years, and these are characters I love, whose lives I've seen transformed by their relationship with Sam and Dean. It's an extension of a beloved world that may extend that world's lifespan and gift me with my characters popping in and out of my life while the spinoff is on the air, and that's interesting and helluva cool. 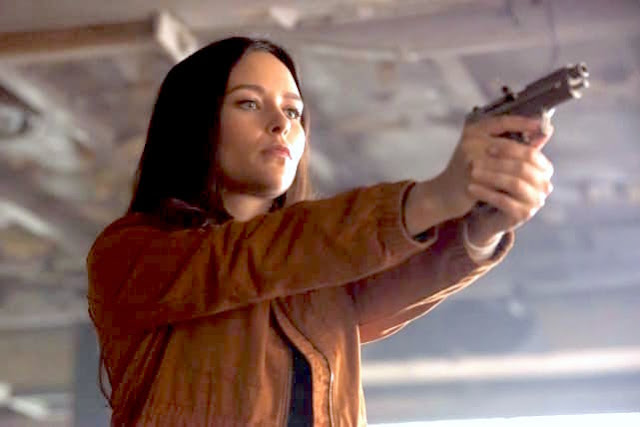 We don't know if Wayward Sisters will end up being the spinoff series that the CW have been hoping for to expand the Supernatural Universe. If it does go to series, I will check it out, in part because it's produced, supported by, and stars people I respect creatively, and in some case, truly adore personally, they've worked hard to make this happen, and I'm going to be there for them, I want this for them. But mostly I want to see this extension of my world. I want to see how it's explored and expanded. I want to see what they've done with it. I want to see what Bob Berens and Andrew Dabb have cooked up.

If I like Wayward Sisters the series, I will watch it, if it doesn't end up connecting with me, I won't, that's how I watch TV. Not all spinoffs of shows I love turn out to be shows I love! Of course I have a natural disposition to embracing this show, but bottom line, beloved characters, familiar Universe or not, it all boils down to if the show suits me. That I will have to wait and see...and I wait eagerly, with all the possibilities in mind, and then and only then will judge the show on its own merits once I have seen it.

But of course - right now, Wayward Sisters is simply an episode of Supernatural, currently it is simply episode 10 of season 13, the midseason return....

So let's look at the official synopsis. 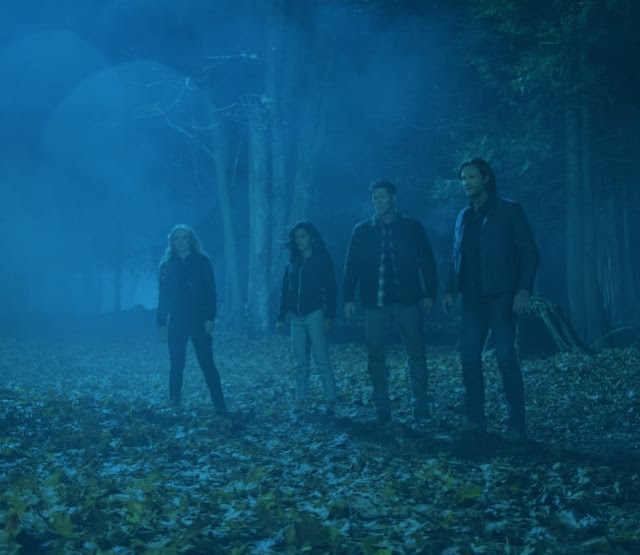 SUPERNATURAL“Wayward Sisters” KATHRYN NEWTON, KIM RHODES, KATHERINE RAMDEEN, BRIANA BUCKMASTER, CLARK BACKO AND YADIRA GUEVARA-PRIP RETURN – When Sam (Jared Padalecki) and Dean (Jensen Ackles) go missing, Jody Mills (guest star Kim Rhodes) calls Claire Novak (guest star Kathryn Newton), the rebellious rogue hunter, and tells her it is time to come home – they need to find the Winchesters. Claire returns and reunites with Alex Jones (guest star Katherine Ramdeen), who has stayed behind with Jody and tries to balance a “normal” life with being a part time hunter. While Jody is happy to have Claire home again, she’s plagued by Patience’s (guest star Clark Backo) disturbing vision involving her adopted daughter. Claire and Alex search for Kaia Nieves (guest star Yadira Guevara-Prip), the dreamcatcher responsible for opening the rift that Sam and Dean went through, as she holds the key to their whereabouts. Jody calls her friend, Donna Hanscum (guest star Briana Buckmaster), to round out the team and the women head off on the most important hunt of their lives. Phil Sgriccia directed the episode written by Robert Berens and Andrew Dabb (#1310). 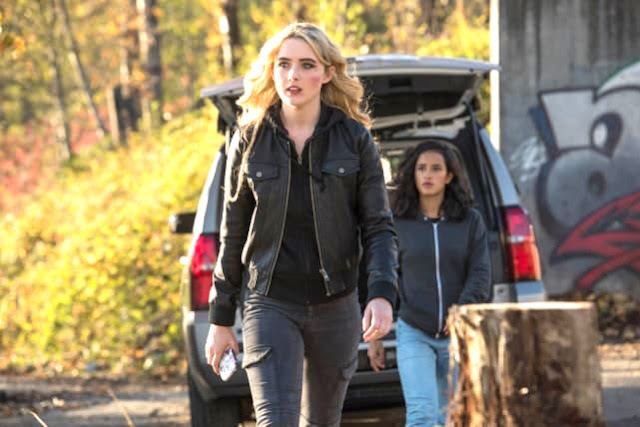 There has been some discussion in the fandom about the concept of Claire being dispatched to try to find and save Sam and Dean - like this is some slight on the Winchester's abilities, or an emasculation of their characters, but this is not how I see it.

Outside of the point that we have no idea how this rescue is going to pan out, I feel like this search is a testimony to Sam and Dean's importance, not a dismissal of their strength. It's a representation of how much Sam and Dean have impacted lives, that these women have changed the course of theirs and will now risk all to save the men who have, in the past, saved them. To repay them for all they do, to go to fight for these men, because they are family. The concept is rooted in the heart of the show, and in the heart of what the Winchesters believe in, you always search for your family, you always save family, no matter what.

Sam and Dean are brilliant hunters, the best in the world, but they are not indestructible, they still fall prey to the supernatural, they have been wounded many times over, they've been killed many times over. These men have always been shown with vulnerability, that's what makes them so beautiful. Their vulnerability makes them epically human and their humanity is why we connect with them so deeply. Sam and Dean are so loved, so crucial, that these wayward sisters will put everything on the line to make sure they're safe. To know that Jody is worrying about them is beautiful, to know there are people in Sam and Dean's world who would go to the ends of the earth and beyond for them gives me great big feels. 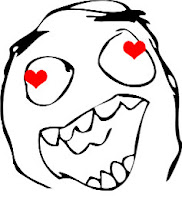 We have a lot of promos, a behind the scenes, and a trailer from the show, so much stuff. Here they all are!

Andrew Dabb said in Variety that the Wayward Sisters episode was designed so that whether or not the audience member watching knew it was a backdoor pilot, they would still feel like they were watching an episode of Supernatural proper.

Here are a couple of interviews with Jensen and Jared talking about how they see it, and their enthusiasm for the Wayward pilot and the possibility of crossovers, as well as their love and support of the cast, plus a great chat with Briana talking about the show.

So, Supernatural is back and back in a big way, with something familiar and yet new - brimming with possibilities. It's back with Sam and Dean together, facing an unknown foe, and facing it side by side (prior to season 8 you can bet they would have ended up apart, but here they are together, so yay)! It's back with Jody and Donna and all the sunshine that comes with them, and with Alex and Claire and new characters Kaia and Patience. It's back with a big foot print (possibly dinosaurs, or dragons or Godzila, or a giant chicken. I'm cool with all of these), tied up boys and some dude banging a dinner bell, and as Jensen so perfectly said, it's back with Wonder Women!
Whatever way you look at it....Supernatural is BACK! 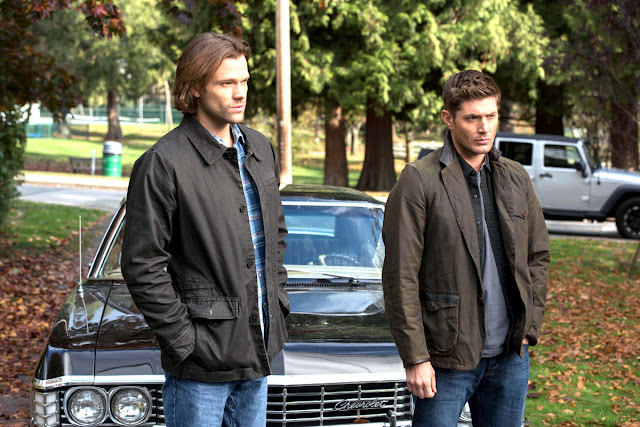 I hope you watch the episode as you would any episode of Supernatural and firstly judge it on its merits as part of the show. Me? I'm so damn happy my show is back on my TV, everything else is just icing!