sweetondean's Light on Spoilers, Heavy on Squee Preview of Supernatural 12x19 - The Future 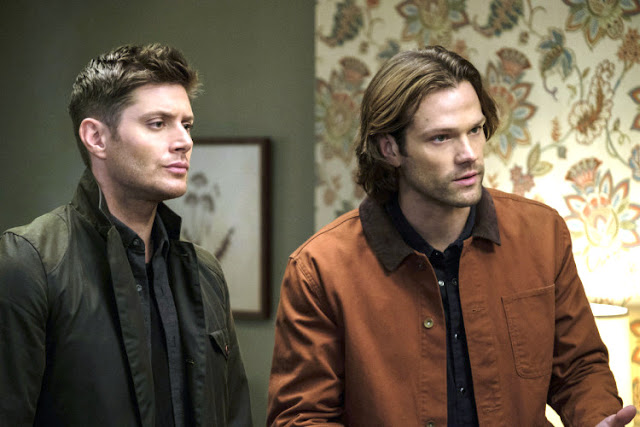 Okay kids, this is it, full steam ahead until the finale on May 18 - which they will have finished shooting by the time this ep airs!

The finale will be a double ep night, with eps 22 and 23 playing back to back! Though not a double - just a double episode - which as this is finale time, might as well be a double! So basically, 2 hours of stress and pain! Um. Yay? And then of course, it's the LOOONNNNNNNNNNG HELLATUS until season 13!

So with five episodes to go.... let's look at what's in store for us this week!

THEN
The broment heard round the world! 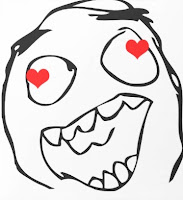 NOW
I think this is when the shit starts hitting the fan!
Oh and this guy's back!

Yep! We finally find out what Cas has been up to all this time in heaven!


So now let's check out this week's synopsis!

KELLY MAKES A BOLD CHOICE – Sam (Jared Padalecki) comes up with a way to stop Lucifer’s (Mark Pellegrino) baby but Castiel (Misha Collins) has something else in mind for Kelly (guest star Courtney Ford). Dean (Jensen Ackles) is furious when he finds out someone stole the colt. Kelly makes a bold choice about the baby’s future. Amanda Tapping directed the episode written by Robert Berens & Meredith Glynn (#1219) 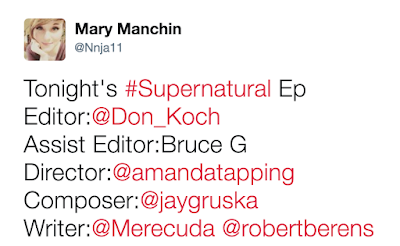 I gotta say, that episode title feels ominous. Am I right?!

So, another Supernatural actor is getting a shot at directing the show! This time it's Amanda Tapping who played season 8's Naomi. Amanda has an extensive TV directing career, having directed everything from Stargate and Continuum, to The Magicians and Van Helsing!

Robert Berens and Meredith Glynn teaming up is a treat! Meredith has 3 episodes under her belt, having come on board this season and written 12x05 The One You've Been Waiting For, 12x11 Regarding Dean and 12x16 Ladies Drink Free. And Bobo joined the show in season 9 and this season has written, 12x03 The Foundry, 12x07 Rock Never Dies and 12x14 The Raid. I'm interested if they wrote this together or if one was responsible for the story concept where the other wrote the episode - which sometimes happens and ends up with a duel credit. Either way, these guys both write great eps! So it sounds like the Colt is stolen again!?? Ruby would say "grabbed out of your thick, clumsy, idiotic hands" but I wouldn't, I'm not that mean.


I'm assuming here that the gun goes missing again, and not that Dean finds out how it found its way into the BMoL's hands in the first place. But booooo! They just got it back. I don't want it missing from their lives again!

It will be interesting how the boys and Cas come at the Kelly/Nephilim problem - I mean it sounds like they come at it from different angles and outcomes, but will most likely land on the same page.

Okay, let's check out the promo!

So we meet up with Dagon again, and it looks like it's in a playground - heaven's doorway perhaps? And if the boys are going after Dagon, then they'd definitely want the Colt. Is this when Dean finds out its missing? He's had it in the Bunker - so who waltzes in to get it? Anyone with a damn key that's who,  and everyone seems to have one of those! CHANGE THE DAMN LOCKS, BOYS! 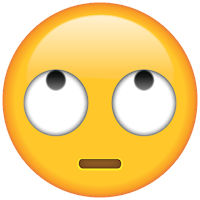 Okie dokie - and here is the sneak peak!

Cas has been gone for quite some time - for us, 3 episodes, so he has probably been MIA, for at least a month I would guess. And the brother's react exactly how we'd expect! Sam worried, Dean pissed off. I figure "working with the angels" will probably go down like a tonne of bricks too. But they'll get over it like they always do.

Maybe Cas should have just popped out of heaven for a minute to send a text... 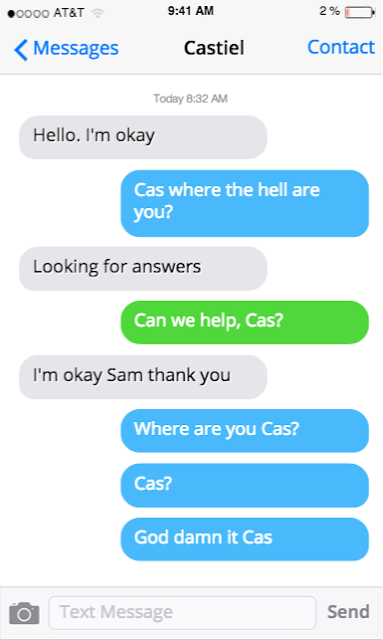 Anyway, the scene doesn't give us anything except Kelly's due date and Cas back...and the assumption that the bunker isn't even locked, because Cas just walks in. BOYS! GEESH! Unless Cas uses his mojo to open the door - one assumes you can't easily get the BMoL key copied!

Well - if you haven't read it - here's Andrew's cryptic tweet of the week!

This is a quote from Lord Byron - and I'm guessing it means, we can look to our past, to understand what our future could be - because history has a habit of repeating itself. So look to the past, to avoid making the same mistakes in the future! Or maybe, there's no escaping that future because history does repeat regardless of what we do, we continue to make the same choices and mistakes! Which is pretty much world history! In other words -  we always end up....here...!

So what past is dictating our possible future? Are mistakes of old going to be made again. Or will the Winchesters screw destiny right in the face!

One awesome thing about the boys in the last couple of seasons is you can see that, at least within their own relationship, they have learnt from their past mistakes and are at pains not to repeat them - they have changed their behaviours, which has actually given them the room and the tentative optimism (for want of a better word) to look to a future - a future that doesn't necessarily end bloody.

And if you haven't read it, and care to...here is a link to the interview with Dabb talking about the end of the season...obviously there are incredibly vague spoilers. Clickety Click!