The Light on Spoilers, Heavey on Squee Preview of Supernatural 10x01 "Black" It's been 5 long months. 5 very long, arduous months! But we hung in there and got through it together. And now... HIATUS IS OVER. IT'S OVER, GUYS!

Welcome to the first preview of Supernatural Season 10. Doesn't that have a hell of a ring to it? Season 10! 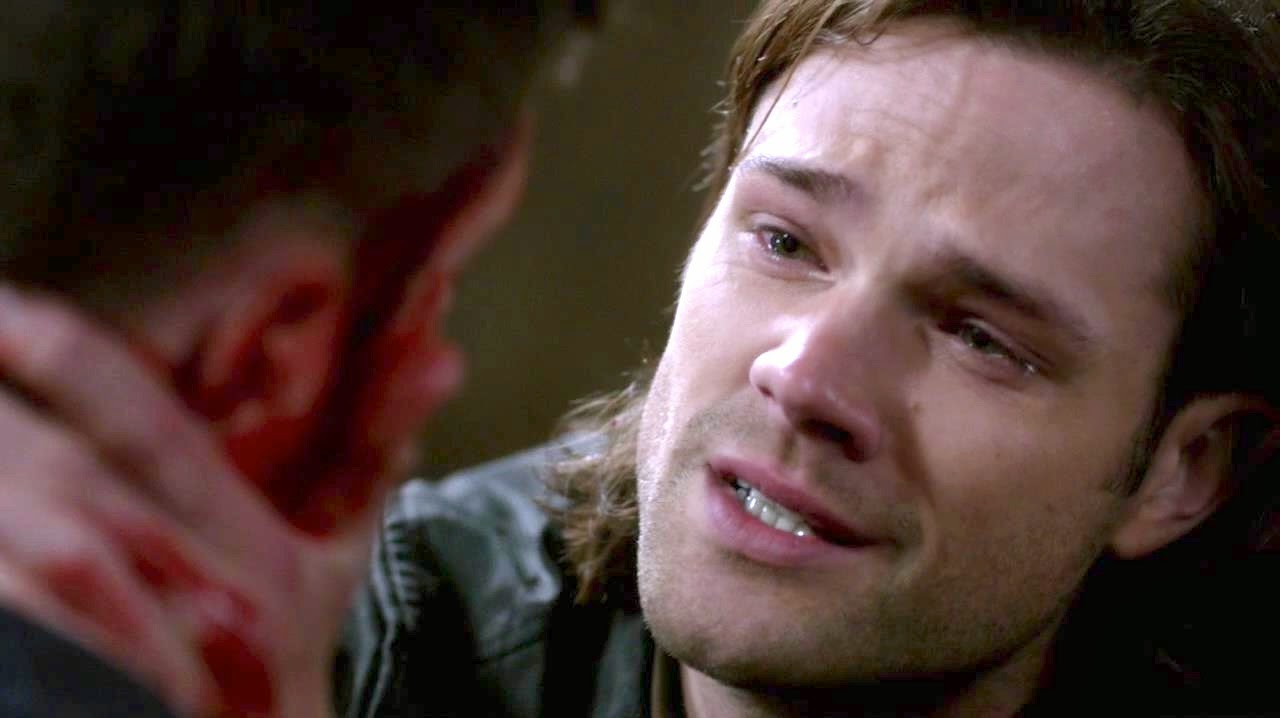 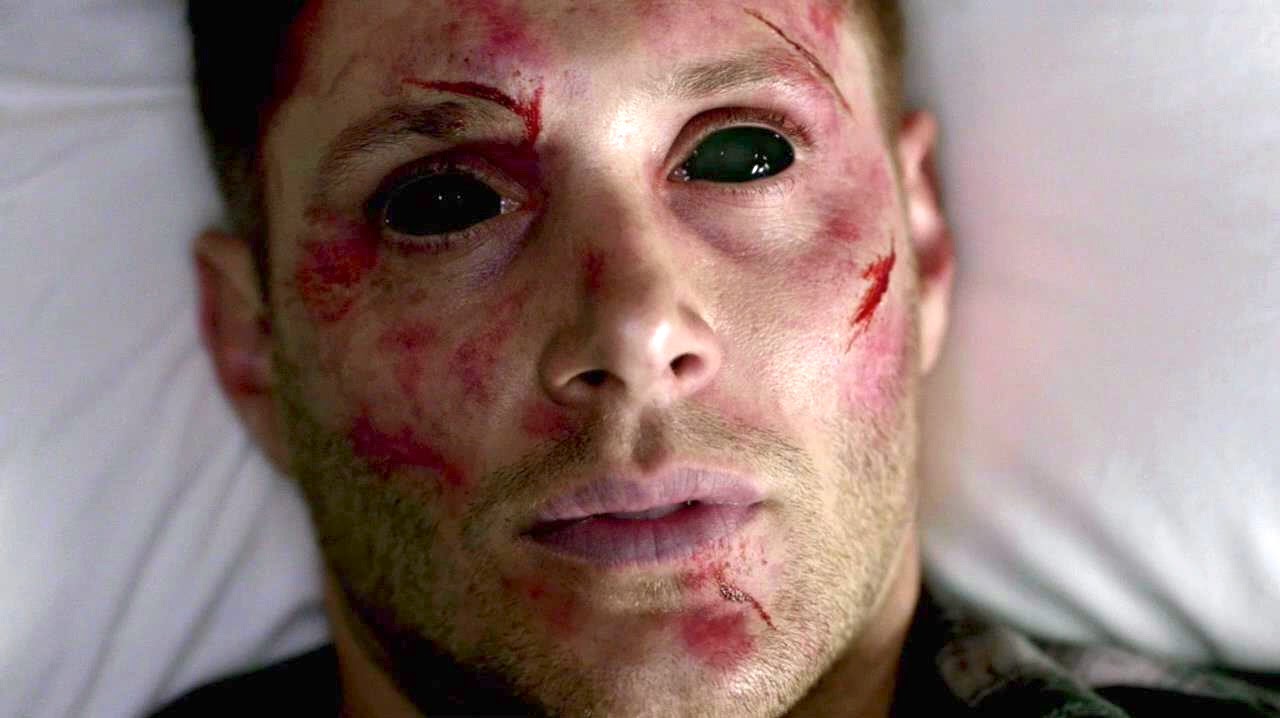 This has been such a hard hiatus!

Yes, Dean died. Metatron killed him. He died in his Sam's arms, while telling his brother he was proud of them. I cried buckets of tears.

Sam took his brother back to the bunker and laid him to rest in his bedroom. And while he was away, trying to summon Crowley to fix what he helped set in motion, Dean awoke. With black eyes. The Mark of Cain will not allow Dean to die. Unbeknownst to Sam, his brother is now a demon.

Meanwhile in Heaven, Gadreel sacrificed himself to allow Castiel to escape Heaven's prison and trick Metatron into revealing what a dick he was. Metatron is now in prison. Heaven is under the control of Cas and his followers and Castiel's stolen Grace is fading, fast.

And that my friends is where the humdinger of a season finale left us!

With Amy in state or mourning the likes of which she's never experienced for a fictional character!

Dean Winchester died... and it broke my damn heart.

DEAN IS LIVING IT UP AS A DEMON WHILE SAM HITS ROCK BOTTOM IN THE SEARCH FOR HIS BROTHER  — Dean (Jensen Ackles) is a demon and running amuck with Crowley (Mark Sheppard) while Sam (Jared Padalecki) tries to figure out what happened to his brother.  Meanwhile, Castiel (Misha Collins) is dealing with his diminishing grace.  Robert Singer directed the episode written by Jeremy Carver (#1002).

As has become tradition, the season opener is written by showrunner, Jeremy Carver and this season, Bob Singer is once again at the premiere episode's helm. It's the dream team!

So we finally get to see Demon Dean. Also known as the Deanmon. Yucking it up with Crowley. Singing Karaoke and picking up chicks! Weeeeee! 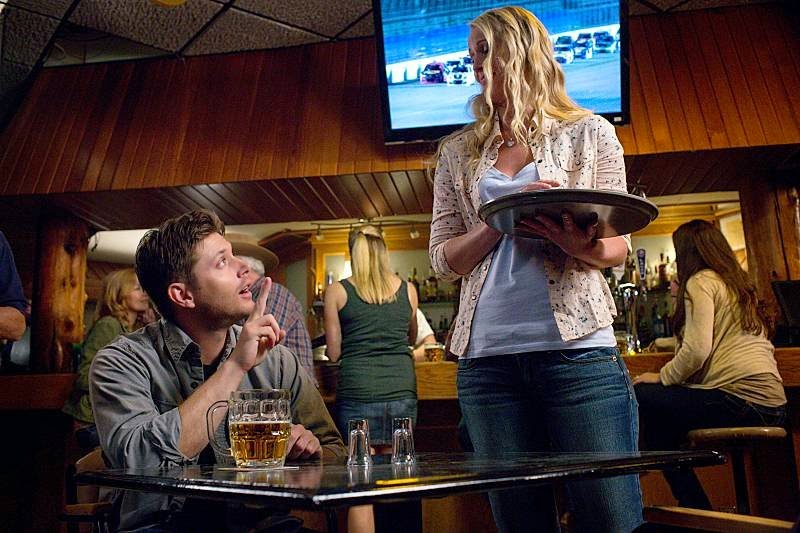 We don't get to see Sam discover his brother missing, because we pick up a short time later, with Sam already on the hunt for the missing Dean.

Check out the first of the sneak peeks. A very focused Sam, going to any lengths to get information on Dean's whereabouts!

This plays into what we've been told about this season examining who the real monster is, Sam or his demon brother. A theme that Supernatural has played with since the beginning. What constitutes a monster. Sam goes to extremes by the looks of things. I wonder how he'll deal with the personal fallout down the track?

I can't wait to see this Sam. Even if he does get dark. Because he gets dark for a damn good reason. And seeing him look for his brother with this ferocity is going to be such a treat!

Meanwhile... Dean is off howling at the moon...and getting laid!

I'm excited to see Demon Dean and what Jensen does with him. It'll be fun to see Dean let down his hair - or let it grown out a bit anyway - even if it is because he's a demon. Having seen Dean go through such tough times, to see him let off some steam, regardless of the circumstances, is going to be fun. Having said that, I will look forward to the return of our beautiful, soulful Dean when he finally shakes the demon off.

We did get a promo too - but this spot includes more than the first episode - it includes the first 3.

How damn exciting is it? Huh? HUH?!

We don't know much about Cas, except what the synopsis tells us. His Grace is fading and without stealing new Grace, Cas will die. Bit of a sticky wicket that one!

And Crowley will be finding out, life with Demon Dean is not going to be the buddy movie he was hoping for!

I wonder if we'll get a CHCH promo? If we do it'll go here!

Gosh it feels good to be back. OUR SHOW IS BACK! HOORAY!! I'm so excited for this season. I'm all of a quiver!

In celebration of the awesomeness of Supernatural and the end of hiatus, here's a fabulous fanvid!