I got an idea for this style of recap a while ago, so I decided to pitch it to Amy to see if she would be interested in posting them at sweetondean. I’ve never done a recap for anything before, and this leap scares me a bit! I want it to show that I truly enjoy every episode of Supernatural I watch, always finding good in them even if it’s an episode that doesn't totally click with me. You could call the +/- parts points that reflect my personal taste rather than actual fact, but I hope my love for the show really shows. The Trickster stamp goes to what I consider the best aspect of the episode - aka Trickster approves this choice!
- Leylin

I hope you're as excited as I am about this fun, new recap style of article - Leylin will be joining Anna and me as a regular writer for season 12. Please welcome her on board!
-sweetodean 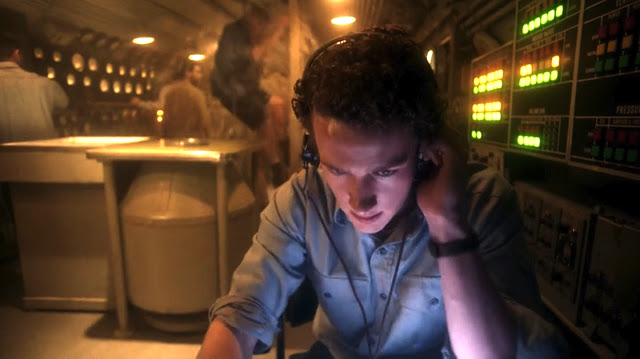 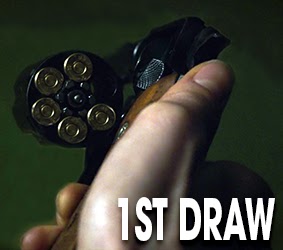 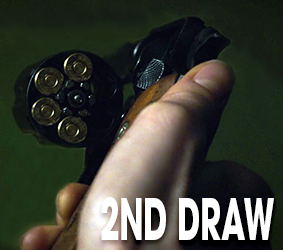 The story had a movie feel from start to finish. I'd waited a long time for the Thule to return. I loved the whole Aaron and his Golem and the Thule story. Also every new lore that we get about the Men/Women of Letters is a good thing.

A piece of the original Ark of the Covenant (Hand of God) is found by Men of Letters, Delphine Seydoux and she joins the USS Bluefin to transport it to America. (The Raiders of the Lost Ark is my favourite Indiana Jones movie, so I'm already squeeing like a fan girl.)

Casifer time jumps with Dean to the past - to 1943 - but angel warding sends him back to the bunker. Sam continues to search for clues, and have I mentioned that Smart!Sam is the best! The stakes rise when Sam's suggest that maybe his soul is needed to get Dean back, and the submarine crew and Delphine find out that their destiny is to sink and never reach their final destination.

Lucifer reveals himself to Sam, and almost kills him - but Castiel takes back control for a moment and stops Lucifer. Delphine uses the Hand of God to destroy the Thule ship, destroying the USS Bluefin in the process. Dean is brought back to the present, only to discover that his friend has been his greatest enemy for a while. Lucifer goes in for the kill but Sam banishes him with a banishing sigil.

This whole story had me on the edge of my seat! It actually rose to be one of the best episodes in my list...and there are many. 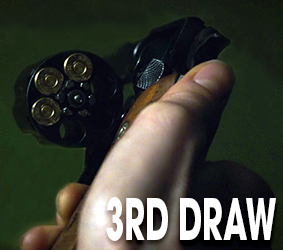 Sam, Dean and Casifer all had a lot to do in this episode. Sam got to research and fight, as did Dean. Lucifer and Castiel also had big parts to play and if you ask me this is a good example how Team Free Will works. I hope they'll be able to bring the same feel again into future episodes.

The rest of the quest cast did great. Simmons and Petey Giraldi made me feel for the whole crew, even if they were only a small part of it. Delphine Seydoux joined the league of great women of Supernatural and I really wished she would have survived. Befehlsleiter Gumprecht brought back the threat of the Thule in a grand way. They are still out there. 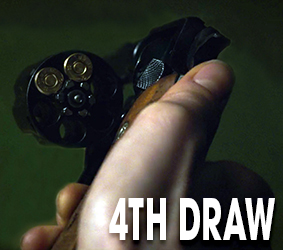 The bunker is always a hit. I love that place. The palace in France was made well, but what shined on this episode was the set for USS Bluefin. It was 100 feet long and took 80 people two weeks to construct and the result was magnificent. The end scene at Fall River was really a cherry on top of the set locations of this episode. 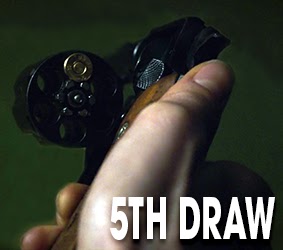 There's not usually a lot to talk about costumes, though even ordinary clothes can tell their own story. For the Vessel we had uniforms - Thule costumes and marine outfits fitting for the era. Also Castiel not having a trench coat is always a treat, although it feels like he's almost naked when in reality, he has less clothing than normal! The costumes have all in all been pretty great over the time travel episodes. Who could forget Eliot Ness and the boys in old wild west. 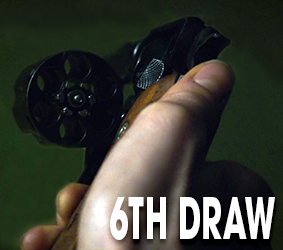 Non, Je Ne Regrette Rien by Edith Piaf is pretty fitting and a strong song for the end. Meaning "No, I regret nothing" it is a French song composed by Charles Dumont, with lyrics by Michel Vaucaire. It was written in 1956, and if you look at the track record of the songs in Supernatural it's pretty unique.

"Non, Rien de rien
(No, nothing of nothing)
Non, Je ne regrette rien
(No, I regret nothing)"

Here is the short +/- rundown for the Vessel:

+ Misha's best Casifer work
+ Back to the future/Terminator vibes
+ Castiel is back
+ Hand of God story potential
+ The Thule
+ VFX (Top of the notch)
+ Castiel wins over Lucifer when Sam is in danger
+ Boys finally know that Lucifer is out
+ Delphine Seydoux
+ Casifer using Sam's soul as power up
+ MOL lore
+ Ark of the Covenant piece (Indy fan here, what can I say?) 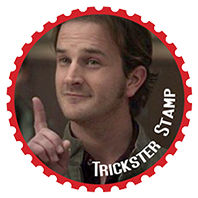 Trickster stamp, The submarine and its crew