On April 21, 1967, the 100 millionth GM vehicle rolled off the line at the plant in Janesville -- a blue two-door Caprice. There was a big ceremony, speeches. The lieutenant governor even showed up. Three days later, another car rolled off that same line. No one gave two craps about her. But they should have, because this 1967 Chevrolet Impala would turn out to be the most important car -- no, the most important object -- in pretty much the whole universe. She was first owned by Sal Moriarty, an alcoholic with two ex-wives and three blocked arteries. On weekends, he'd drive around giving Bibles to the poor "gettin' folks right for Judgement Day." That's what he said. Sam and Dean don't know any of this, but if they did, I bet they'd smile. After Sal died, she ended up at Rainbow Motors, a used-car lot in Lawrence, where a young marine bought her on impulse. That is, after a little advice from a friend. I guess that's where this story begins.


Finally it's here. The episode we've heard so much about. The episode the boys are so excited for us to see. "Baby", an episode shot entirely from within the Impala!

I feel like everyone is just about as amped up for this one as we were for the 200th episode! There's been so much teasing and talk about it. Everyone who works on the show says they're excited and proud for the episode. It's an episode both the boys love. One that Jensen says has been his favourite of the season so far. And personally, I'm super excited, like SUPER EXCITED, because the idea of seeing an episode where we get to see the 'between' moments with the brothers, the moments we don't normally see, the moments of driving from place to place, silently or talking, the moments with them sleeping in the car, like we know they must have done so many times throughout their lives, but that we've rarely seen...those moments that happen in between the scenes we see. The small moments and the big moments. The brothers (and the green cooler), heading down the road together, in their home on four wheels. My heart.

Let's check out the synopsis!

“Baby”
NOBODY PUTS BABY IN A CORNER — Seen entirely from the point of view of the Impala, Sam (Jared Padalecki) and Dean (Jensen Ackles) go on a road trip to fight monsters and demons. Thomas J. Wright directed the episode written by Robbie Thompson (#1104).

By the way, we're back in shooting/screening order.

This is the 10th episode Thomas J. Wright has directed of the show, and Robbie...well Robbie is Robbie and awesomeness!

I love this synopsis, it sounds like a synopsis for the pilot or something! Except for the point of view of the Impala thing! And I have a feeling this is sooooo not about the monster hunt and so about Sam and Dean. Which is awesome. In fact I feel like this is going to be practically 43 minutes of broments or something! CAN WE COPE? Okay, I'm sure there's more to it than broments...like a plot, with a hunt and probably some season mythology...BUT BROMENTS!

A lot of Bloggers were up on set this week, and the boys talked a bit about the episode. Here's a video from KSiteTV! Gosh, Sam and Dean have been beat up all season!


OH MY GOD I WANT TO SEE ALL THE OUT TAKES OF THE BOYS DRIVING DOWN THE ROAD SHOOTING THE SHIT! OMG. WE NEED THAT. ALL OF IT. HOURS AND HOURS OF IT. *wibble* IMAGINE?! Is Jensen eating candy? Bless. And I'm in love with the fact they did their interviews in full beaten up makeup! And really, I barely noticed it - because I feel like they've looked like this all season!


Okay... so we got the CW promo and it feels weird and missing the point! 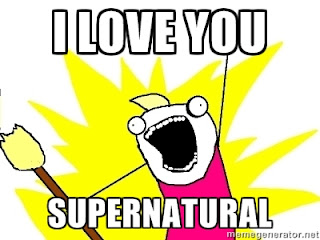 Now there was a CHCH promo that was pulled. It had certain spoiler scene that caused quite a commotion in the fandom. The promo was removed from the CHCH website and replaced with a repacked version of the promo above. Meaning CHCH pulled their promo, were supplied the CW promo (complete with the CW graphics - which are totally different to the CHCH graphics style), which they then put their own channel branding and call to action on. Whether they were asked to pull it because of that spoiler... Well I'd say, probably. I can't think of any other reason to use replace it with the CW promo, they've always had their own promos in the past, and really the promo was probably better for the episode - from the concept of the episode. More on target with fans for sure.

Anyhoo...so that promo was deleted from their site...HOWEVER, fandom being fandom, it now lives in perpetuity on YouTube! Of course it does! Because nothing is ever really deleted on the Internet!

If you haven't seen it, and don't want to see it, just skip over it the next video...I'm not going to talk about the spoiler just in case...but if you missed it, and want to see it, here it is.

(But please be spoiler polite in your comments in case anyone doesn't watch it! I'm interested to see how the scene is integrated. From what we've been told post its release, it was not shot for this episode, but was shot for a past episode. But we will see on Wednesday, or Thursday if you're me, because I'm in the future. I trust no-one on this show to tell the actual truth! Can anyone say abominable snowman movie?)

Okay, so The Carver's producer preview this week, was particularly epic...

The laughing. The sleeping. The green cooler in the back seat. The little looks. THE CLOSE UPS.
THE CLOSEUPS! So pretty.

For a girl like me, who fell in love with this show because of Sam and Dean Winchester. Who fell head over heels in love with these brothers, their love, their bond, and then fell head over heels in love with the men who play them, their love, their bond... this feels like a gift. I've always said, I'd happily have an episode of Sam and Dean just hanging out. In the bunker (now), or in a motel, watching TV, "shooting the shit" - remember that scene in "Bitten" where the students spied on Sam and Dean talking? I thought, how cool would that be, just to eaves drop on Sam and Dean. Well that's what this episode feels like, us eaves dropping on the bits of their lives we're not usually privy to. Seriously, I think Robbie has written us another version of a love letter, just this time it stars the third Winchester, our Metallicar. Wow, I'm pretty pumped huh?

One thing I do think, is from the promo pics it looks like poor Baby may get a few bumps and bruises...err...big time. But whatever happens, we know that Dean will lovingly bring her back to her shiny best.

You can see the promo pic here on my "Baby" squee-a-thon.

“It is a BM scene, but not at the end of the episode to wrap up like it usually is. It’s just the two of us in the car, going to sleep. Me lying in the front seat and Jared in the back. And there’s no movement, it’s just two brothers talking about the past. It was like four pages of dialogue, just talking. I always wonder why they don’t do more of that.”  - Jensen Ackles 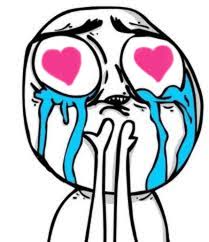 So yeah. "Baby". The brothers. The Impala. And a Werepire? Bless you, Dean Winchester. It's good to have you back to your sassy, adorable self. Oh and weren't we promised a car wash scene? YES! 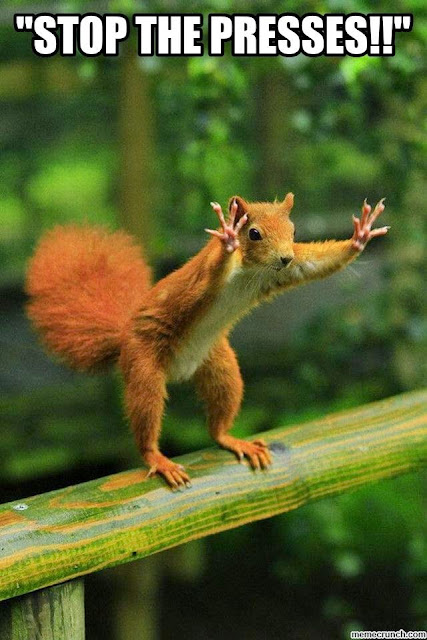 Jensen and Jared both posted this scene to their social media. I seriously thought it was a sneak peek clip. I was all, OH MY GOSH THIS LOOKS DEEP! Err. Nup. Not so much!

Oh you've got to love them. No choice in the matter.

Oh my gosh it's like the gift that just keeps giving!

Finally a sneak peek clip! Possibly the shortest one in history!

So there you go, we're off to Oregon! ROADTRIP!

Have fun fandom family! See you back here for post episode squee!
-sweetondean