A Walk In Your Shoes: A Lesson In Understanding, Acceptance and Triumph - Part Two 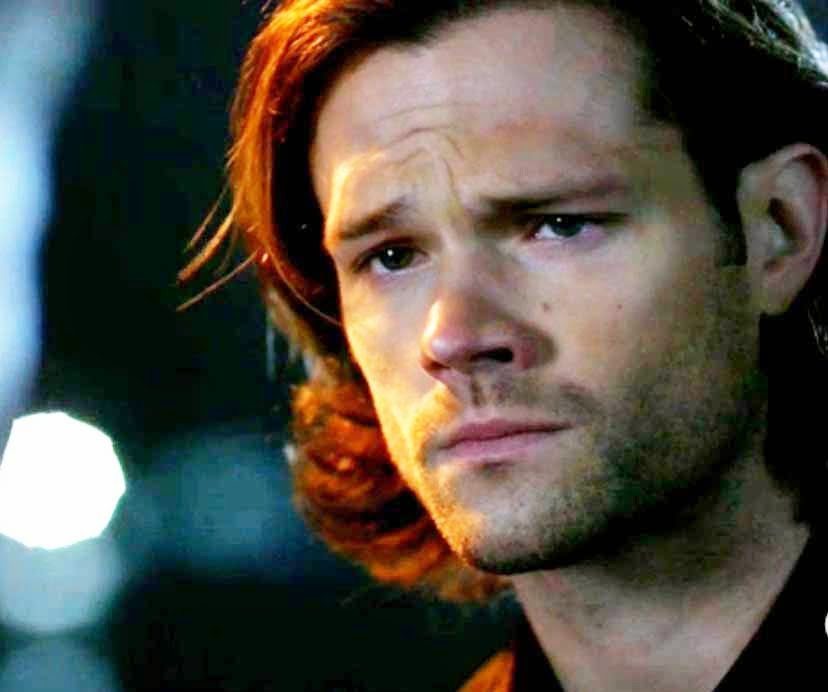 Here's part two of Anna's wonderful reflection on how the brothers' walking in each other's shoes, is leading them to a better place of understanding and acceptance of themselves and each other.


Enjoy, and please let Anna know your thoughts in the comments.

Sam Winchester, as Bobby so eloquently pointed out, is one deep son of a bitch.


Sam is very much like his brother and yet they are so very completely different. Sam was tainted with demon blood at the age of 6 months old because his mother inadvertently traded her son for her husband when she made a demon deal. In an effort to save her son, she died and Sam has had to live with the burden of guilt for the loss of his mother ever since. Sam, like Dean, loves his brother more than he loves his own life. As with his older brother, Sam has his own issues of low self esteem and low self worth. Sam has always felt like an outcast in his own family. He longed for safety and a normal life, fearing the loss of his own life as well as the lives of his brother and father. He never got to experience a normal family, had no memories of his mother and his father was never around. Sam’s parent was his brother. So it stands to reason that Sam always wanted more, that deep down he wanted a life that didn’t involve monsters, demons and things that go bump in the night.


Sam also confessed to always feeling unclean, even as a small child, believing that he could never go on a quest such as Sir Galahad had done with King Arthur. Sam’s life was always being manipulated and controlled by outside dark forces. When Sam found out what was done to him as a child, he strived to be good, because he had to, because he couldn’t scrub his disease clean or rip it out. He had to take what was done to him and make the best of it. Sam spent his life battling the darkness within and with that Sam has become empathetic and patient and kind. He has an unwavering faith in both God and most of all in his brother and a perseverance and inner strength that has gotten him through the worst that this life has thrown at him. Still, Sam’s lack of worth has been his bane as it has for his brother. His belief that he is a failure and disappointment to Dean has led to his misperception that his brother sees him as such. This belief has driven Sam to the extremes he goes to for his brother, as much Dean does for him.


Sam has always shown his love for his brother in a different way than Dean has. Dean shows his love by breaking pacts/promises, Sam shows his love by keeping them. It’s still love folks. Sam was haunted by guilt when he couldn’t stop Dean from going to hell. He abided Dean’s wishes by not using his abilities and for that Dean suffered in hell. Sam further couldn’t get Dean out of hell, which exacerbated his guilt even further, breaking Sam to the point where he had fallen prey to Ruby. She gave Sam what he needed, a new purpose. If Sam can get to Lilith, perhaps he can save Dean. Even when Dean came back, Sam’s need to make it right for Dean didn’t dissipate. He still needed to atone for not saving his brother and in the end, he inadvertently raised Lucifer, and even worse, lost his brother’s trust. Sam spent all of Season 5 trying to earn that trust back and jumped in the pit, not only to save the world, but to atone to Dean for failing him. 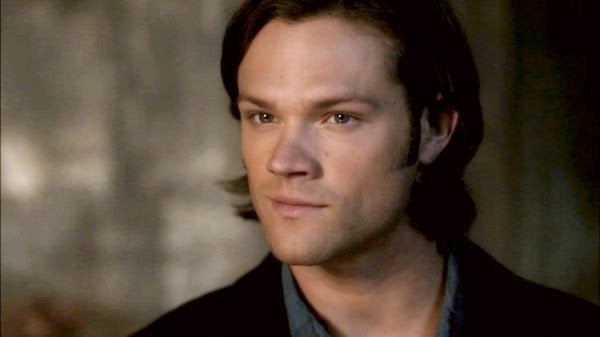 When Sam found out he came back without a soul and learned what he did to innocents, Bobby and most of all to Dean, Sam was fraught with guilt once again. He did everything he could to try to atone, most especially putting his broken psyche together for his brother, because he wasn’t going to leave him alone. He was not going to disappoint his brother yet again. Sam was both emotionally and mentally unstable after Cas broke his wall, but Sam stayed strong, he kept it together and the reason he was able to do it was because of his brother. He did it for Dean. So when Dean was taken from him, Sam lost it. He broke. His every reason for being was taken from him and because he kept a promise he made to his brother, he spent a year grieving and running. He found solace in someone as broken has he was and put all his focus into saving her because he failed to save his brother. He lived in a fantasy because he couldn’t deal with his reality. When time has passed and he gathered the strength to face his life, he left the person who helped him through it, giving her a chance to reunite with her lost loved one. Sam might not have known what he would do next, but he went back to the one place where he felt at home, because it’s where his memories of his brother were...he returned to the cabin.

Upon Sam’s return he’s shocked and overjoyed to find his brother there alive. He still can’t believe his brother is standing in front of him. Then Sam learns the truth and the joy is overcome with sadness. Dean asks if Sam looked for him and when he explains to Dean that he thought he was dead, that he ran away from the life that took his family, that he kept a promise that they made to each other, Sam is utterly overcome with guilt and horror at the notion that Dean thinks Sam didn’t look for him, he left him in purgatory for a girl. In one flash Sam’s world is shattered by Dean’s total disregard of everything that Sam just told him. He once again feels a failure and a disappointment to his brother. So Sam can only do what he could think to do to atone to his brother for failing him, he takes on the trials and promises to show Dean the light at the end of the tunnel. Even when faced with the knowledge that he would die if he completed the trials, Sam’s heartbreaking “so” and his confession to dying being more preferable than disappointing his brother once again, was a clear indication that his inner monster was ready to take Sam down once and for all. It was Dean’s love that saved Sam. 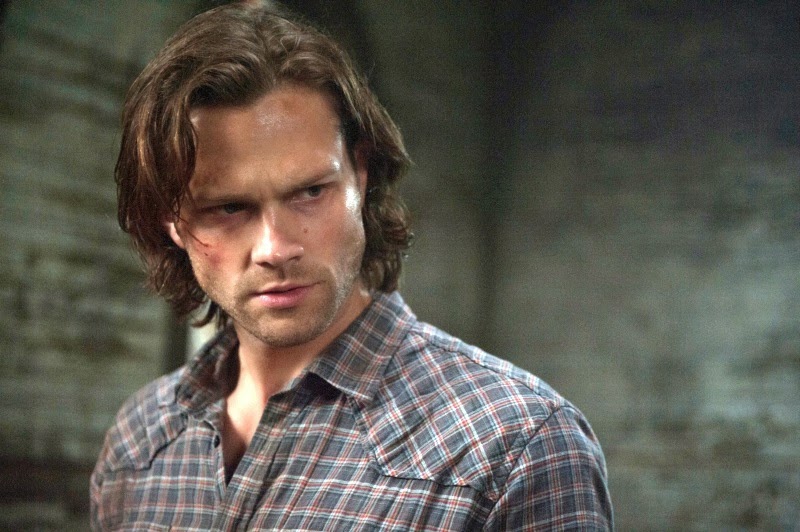 In Season 9 Sam’s monster reared its ugly head once again. Exacerbated by Sam’s guilt and nightmares over killing Kevin, Sam questioned Dean’s motives for saving him and when Dean didn’t give Sam the answer he needed to hear, he misconstrued Dean’s answer as the reason Dean saved him was because he was afraid to be alone, and while that is in part the truth, it isn’t the only reason. Sam of course, due to his lack of self worth, believed that Dean only saved Sam so he wouldn’t be alone and for that reason only. This of course led to Sam’s proclamation that he wouldn’t have saved Dean in the same manner in the same circumstance. Sam would never go against Dean’s wishes. Of course, as I mentioned in pt 1, Dean misconstrued what Sam said and believed Sam wouldn’t save him at all. 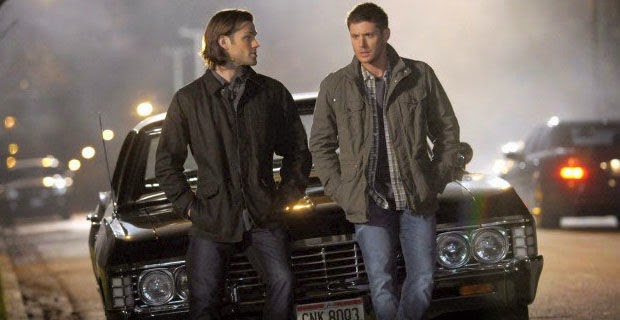 Where is the lesson in acceptance, understanding and triumph? Well here we get to the part of the story where the brother’s get to walk in each other’s shoes. Due to the MOC, Dean can no longer run away from his issues. The mark is forcing Dean to face his demons. He has admitted to the fact that he’s always avoided his true fears through drinking or sheer denial. He’s more honest with himself and his brother. He’s confronting his monster head on. For the first time he’s coming to understand what it’s been like for Sam, having to live with this darkness inside of him and being forced to battle it every single day. He’s beginning to understand the choices Sam has made and coming to respect them for now he’s facing them too.

Sam too is walking in his brother’s shoes. He is starting to understand what it’s like to be the one who has to stand by watching, a witness to his brother’s disease, unable to fight it for him. He understands the need to do whatever it takes to save his brother, damned what he brother might say or think, because he can now comprehend Dean’s inability to accept his brother’s death while Dean now understands Sam’s acceptance of it. Oh the sweet Winchester irony.

The walk in each other’s shoes has given the brother’s an understanding of each other that they never had before. They each can see the other’s perspective and it’s brought them closer together as brothers. They are more honest with each other now and they are more honest with themselves. They can finally accept each other as they are both together and individually and they will have finally faced their inner demons head on and conquered them. They have forgone the relationship they’ve had as boys and now relate as the men they have become, triumphant against the worst monster they’ve ever had to face.....their monster within.