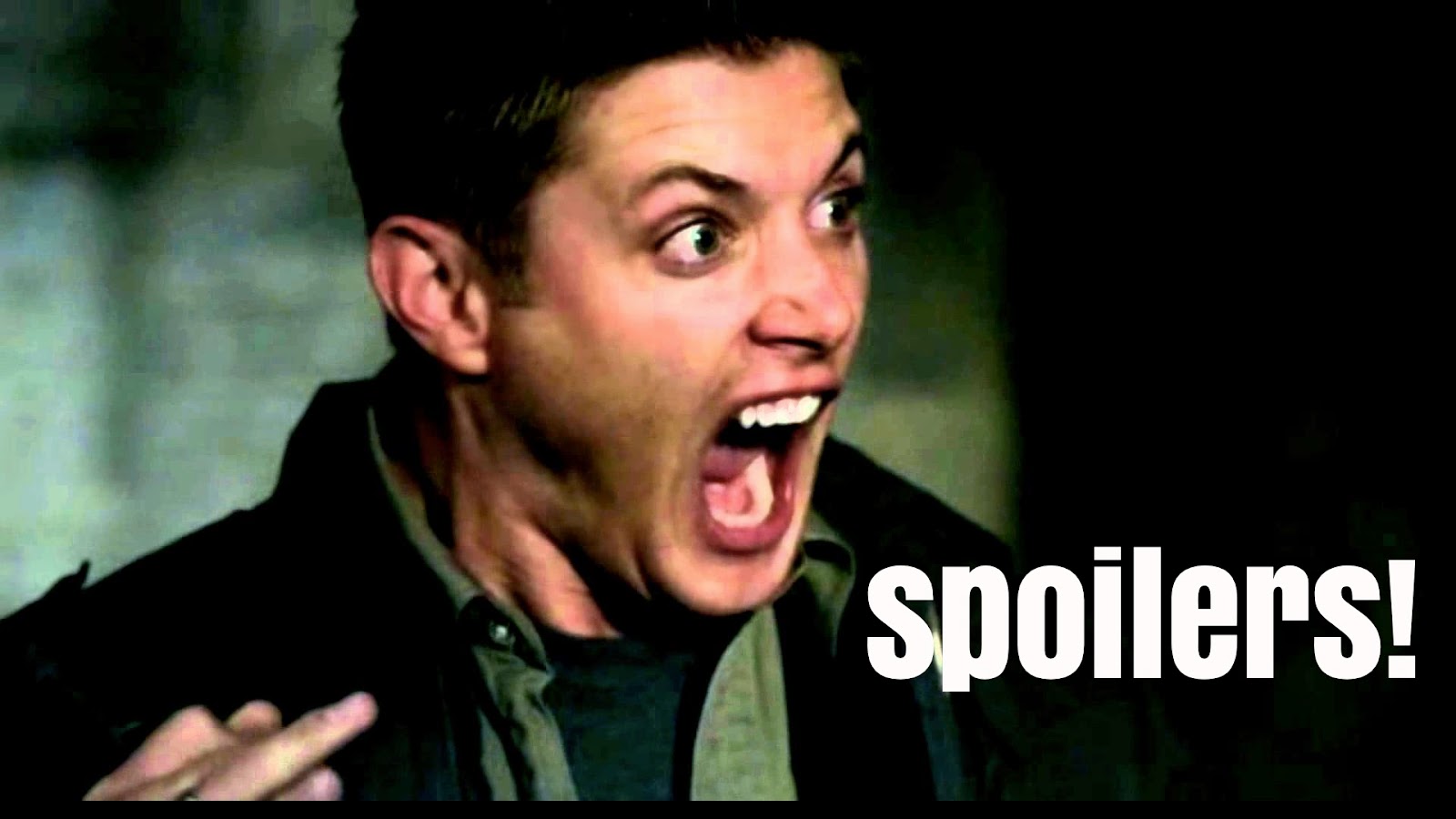 OMG OMG OMG! WE HAVE A NEW YEAR'S PRESSIE! A SYNOPSIS! EEEEEEEEEEE!

THE AFTERMATH — After the massacre at the ranch, Dean (Jensen Ackles), Sam (Jared Padalecki) and Castiel (Misha Collins) double their efforts to find a cure for the Mark of Cain but there is nothing in the lore that can help them.  Desperate, Castiel comes up with an idea that Sam deems the “single worst idea I’ve ever heard.”  Meanwhile, Rowena (guest star Ruth Connell) continues to plot against Crowley (Mark Sheppard), and Castiel tries to mend his relationship with Claire (guest star Kathryn Love Newton) who is plotting revenge against Dean for killing her friend. John Badham directed this episode written by Eugenie Ross-Leming & Brad Buckner (#1011). Original airdate 1/20/2015. 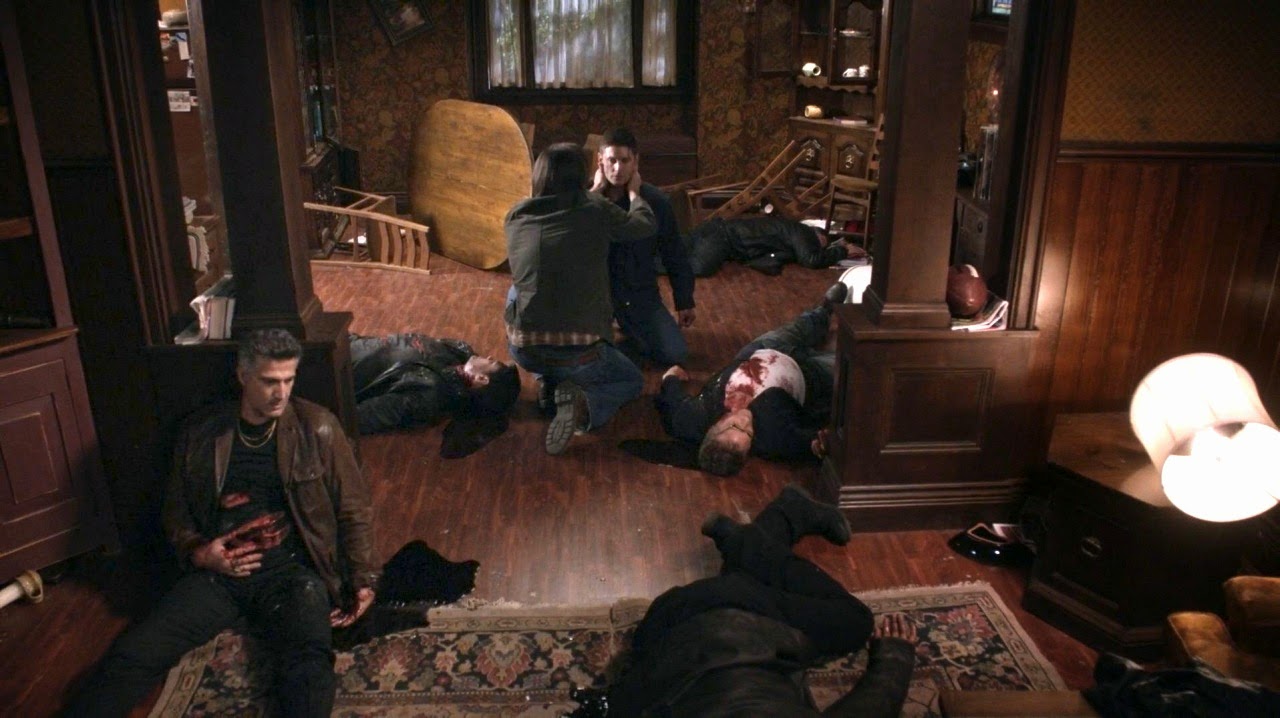 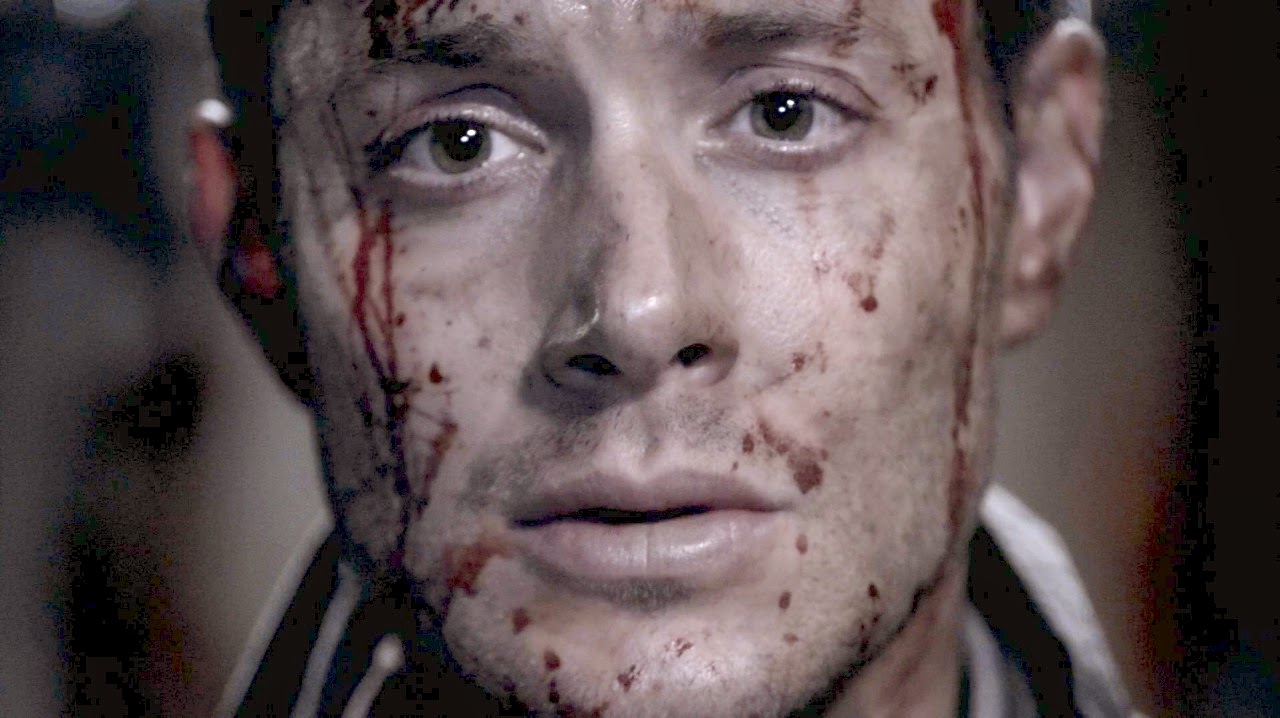 After the massacre.... AFTER THE MASSACRE! Did they have to put it like that! Did I have to include photos?! WHAT IS WRONG WITH ME! MY HEART HURTS (again).

It sounds like all our players will be ringing in the 2nd half of the season with us! Weeee!

What's the "single worst idea I've ever heard"? Bet that's something to do with Cain. Or maybe Metatron. At least it doesn't sound like Cas is all killy for Dean! I can totally hear Sam saying that by the way,

I hope this ep picks up pretty much just after where we left off. Maybe they could throw in another shower scene...Dean is definitely in need of one after the *whispers in a tiny voice* massacre *wibble*

I hope Dean's okay. Of course he won't be. What the hell am I talking about?! What show have I been watching! A-wahhhhh! Poor guy. I think I need to hug him... AGAIN And again and again.......... What? Oh yeah, synopsis.

John Badham is welcome to direct any damn time. Big time movie director and "First Born" was such a fab episode.

OH MY GOSH IT'S SO VERY EXCITING!

And it's less than three weeks away! BRING ON THE SNEAK PEEKS! Sorry, got all excited yelly.

HAPPY NEW YEAR EVERYONE! What do you think of this synopsis?
-sweetondean