SUPERNATURAL SEASON 11 - CONFETTI IT'S A PARADE! Plus, we're moving nights! 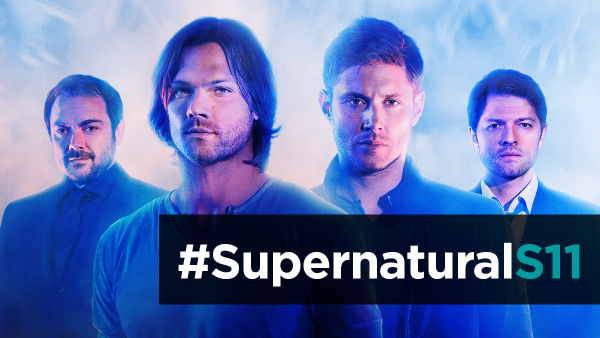 SO IT'S OFFICIAL! SUPERNATURAL WILL BE BACK FOR AN 11TH SEASON.

That's just.... I mean, I remember sweating over this show year after year. I remember hoping we'd go beyond 5 and celebrating when we got a 6th season! And here we are at Season 11.

In addition to Supernatural's renewal, the CW renewed all its Fall shows. 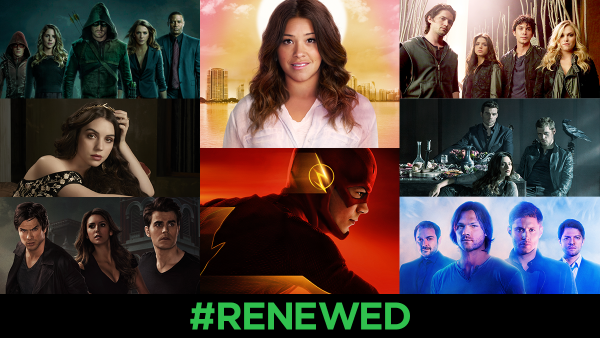 This is definitely one of the strongest lineups the CW has had in a very long time!

Here is the official press release:

January 11, 2015 (Pasadena, CA) — The CW Network has picked up eight of its current series for the 2015-2016 season, it was announced today by Mark Pedowitz, President, The CW, during the network’s session at the Television Critics Association Press Tour in Pasadena. In essence, The CW picked up all of the scripted series from its Fall 2014 schedule to next season.

“Each of these series have helped define what The CW is today, a network that is home to smart, provocative, quality programming, targeting a savvy adult audience,” said Pedowitz. “By picking up these shows now, our executive producers can start planning next season’s storylines, and rolling these shows out throughout next season guarantees The CW will have more proven original series for our fall, midseason and summer 2016 line-ups.”

The other news in Supernatural land is that we will be moving back to Wednesday nights as of March 18.

iZombie will go into the 9pm Tuesday slot after The Flash, giving iZombie the best starting position off the back of the network's number 1 show.

Supernatural will return to 9pm Wednesday after Arrow. Arrow and Supernatural have already proven that they are a match made in ratings Heaven. This pairing will surely give the CW a very strong Wednesday night, and I would think they'd be hoping that the Flash/iZombie pairing would give them an equally strong Tuesday night - giving the network a Tuesday/Wednesday double hitter!

It also speaks to the network's confidence in Supernatural, that they would move it midseason without fear of losing audience - in fact, I think they probably hope for the kind of strong Wednesday numbers they were getting during the first season of Arrow, when it was leadin for Supernatural.

And Jensen seems tickled about it... LET'S KEEP IT GOING! Bless his heart!

And a little something from the inimitable Robbie Thompson... 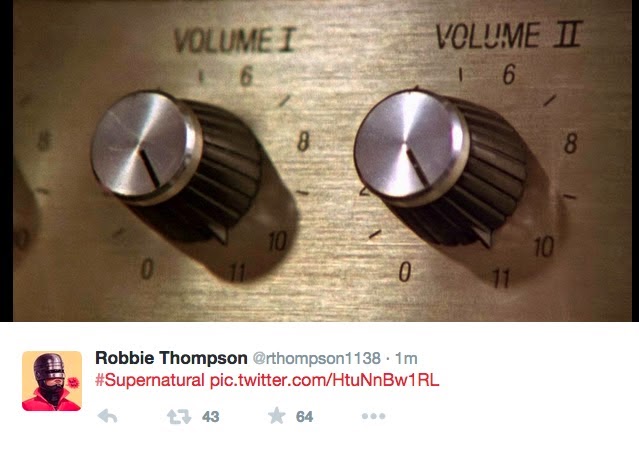 Here are some tweets from the TCA's that relate to Supernatural. Supernatural was not in attendance this year 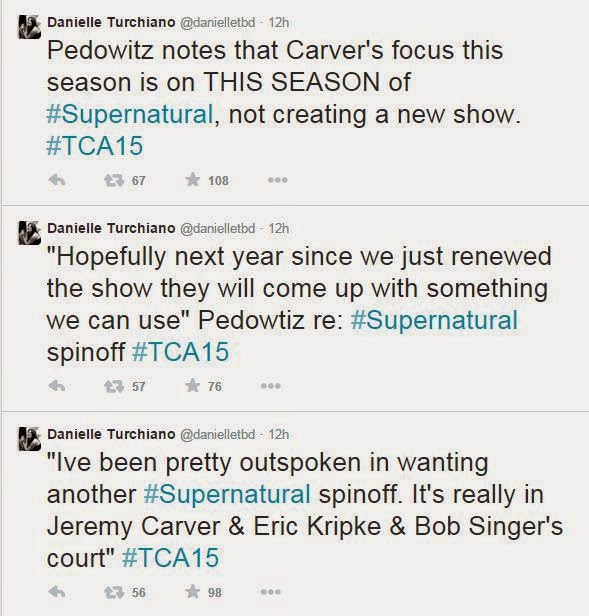 And here's more from the Pres of the CW, Mark Pedowitz, regarding another possible spin off, via KsiteTV:

"I've been pretty outspoken in wanting another Supernatural spin-off. It is really in Jeremy Carver and Eric Kripke and Bob Singer's court what is the best idea. They've been busy working on the show this year. Obviously it didn't come together, but we are completely open at looking at a spin-off. And hopefully next year, since we've just renewed the show, they will come up with something that we can use,"

"I'm very happy with how Supernatural has done, and God bless them. They keep going and they go strong,"

Let me finish by saying...

(more news from the TCAs to come!)