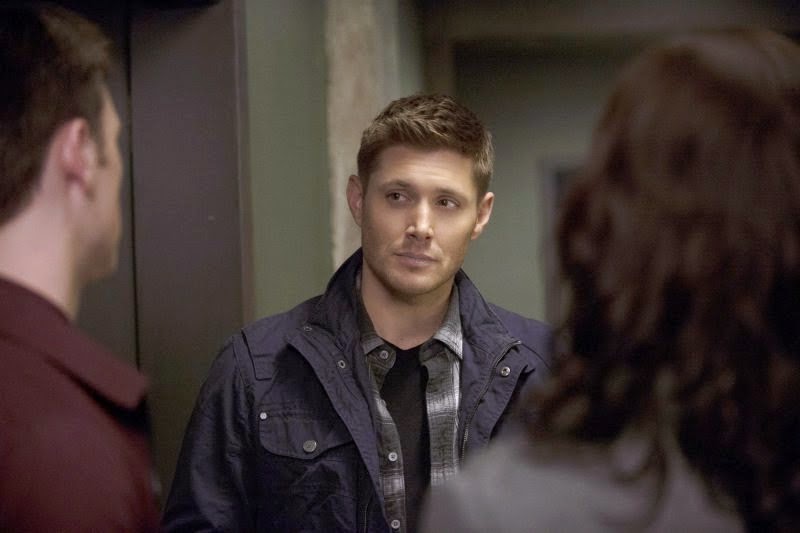 Ohhhhhh I love this sneak peek. Every single second of it. Every. Single. Second.

DEAN IS NOT SLEEPING. This fills me full of worry. Does this mean The Mark/Blade combo is affecting his soul? As in Soulless!Sam never slept either. Or is he just so jacked up with power, he's running on adrenaline and doesn't need sleep? Or is this a demon thing? Demons I assume, like angels do not sleep. So whatever the Mark is doing to Dean, it's changing him on a pysiological level. Kind of like the trials were doing to Sam. I wonder, and I assume not, did Cain sleep? Oh man... my stomach hurts.

This takes place 2 hours after they got home from "King of the Damned". I like this timeline, it gives a real sense of urgency. The last 2 eps must happen over days.

I love getting a glimpse into the boy's bedrooms. It makes me feel good and a bit gooey to see that they have that space. Nawww.

Sammy is sleeping fully clothed on the bed. Exhausted I assume, but also, ready? Looks like he was sleeping with his hand on his gun, that's odd. It was hard to tell because Dean's hand was in shot, but it was such a quick draw, I'd say his gun was under/in his hand under the pillow as opposed to simply stashed under the pillow. Maybe what Dean said in the car about nothing getting in his way has put Sam's guard up even higher, because they are in the bunker where they should feel relatively safe. It gives me feels and not the good kind.

The whole waking Sam up and tossing his shoes on the bed thing made my inner, well my outer, Winchester brothers fangirl squee because we rarely see that kind of thing between them. That close proximity comfort...what is that, like a casual intimacy (not that kind!) that comes with being brothers. Even though it was not coming from that place I guess, more Dean being on bloodlust remote control and just wanted Sam up, but, I don't know, I just liked the whole concept of that little scene. Also, Dean being a brat and waking his bro with blaring music. I feel like he would have done that with or without the Mark!

I love that Sam goes and grabs a coffee. Once again, it's those little things in the bunker that make me squeeful because it's homey and I like that they have this place.  :')

Thank you Captain Obvious. And yes, we have no clue what that price is. Can someone pin Crowley or Castiel down and see if they know? UGH! They need to know what the terrible burden is. I NEED TO KNOW!

Hey, I wonder if Tessa knows...

If it wasn't so clear that The Blade/Mark combo is doing something to Dean, that ugly assed thing would be going with them everywhere, but I love how Sam broaches leaving it behind for Rage!Dean reasons. He doesn't TELL Dean, because that would never work, he poses it as a question, "Do you think we need the First Blade, why don't we just leave it here?" Nice way to gently open the discussion without force.

"You don't have to have it with you all the time, right?" I loved this too, clever, because what's Dean going to say... yes? Because, right now yes he does, but that would mean openly admitting that to himself, which Dean never likes to do even when he knows it's true, and worse, admitting it to Sam. Nice work there Sammy.

I hope Sam didn't believe Dean when he said he was "fan-friggin-tastic". I sure hope Sam doesn't believe that for one second.

And you know, the minute Sam's back was turned that blade went straight in Dean's duffel....

And here's the evidence... 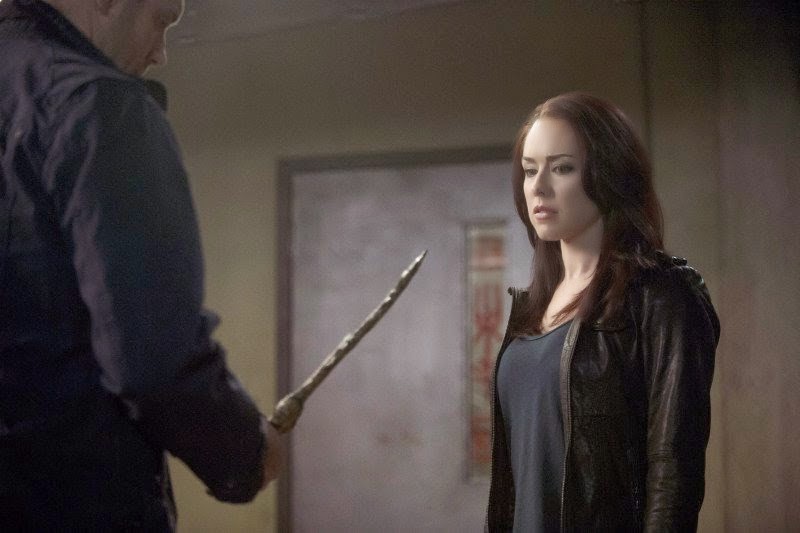