So what happened this past week in the world of Supernatural?

Well the big news was all about Comic-Con! Yes, it was finally announced that Supernatural will be at Comic-Con again this year, talking the coming season. Jensen, Jared, Misha and Mark have been confirmed along with Jeremy Carver, but don't be surprised if more of the writing/executive producer team attend.

Supernatural will, once again, be in the largest venue, Hall H, with their panel being at 10am on Sunday July 27. Expect them to most likely preview a clip from the first episode shot, which will be episode 3 directed by Jensen and part of the season 9 gag reel.

I'll keep you up to date as more about Comic-Con is revealed, like TV Guide covers, Comic-Con bags and whether we will get the guys at the Nerd HQ panel again this year...fingers crossed! 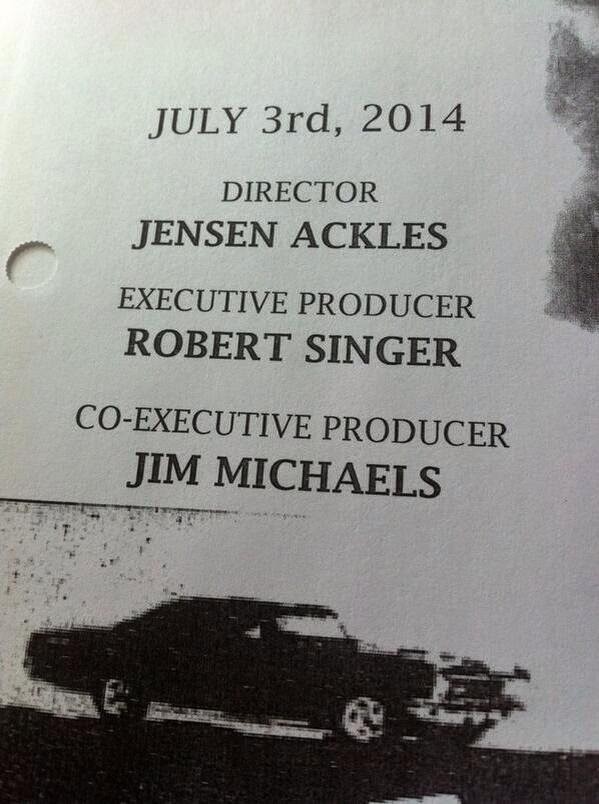 The other really big news was that production got back into full swing. With shooting starting tomorrow, on July 8, the team in Vancouver were busy with tech scouts and concept meetings! All with their first director of the season, Jensen Ackles who was the victim of the infamous lunch prank! 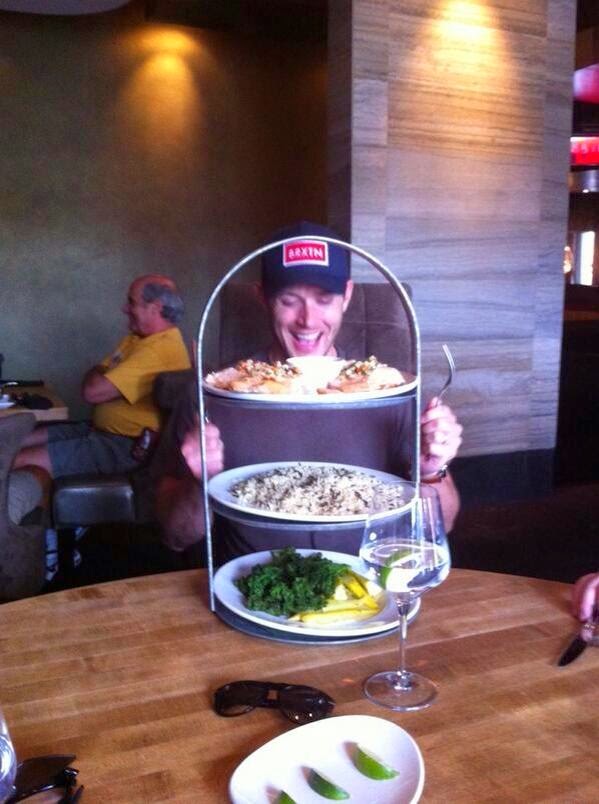 And Russ teased us with tweets from the first concept meeting. 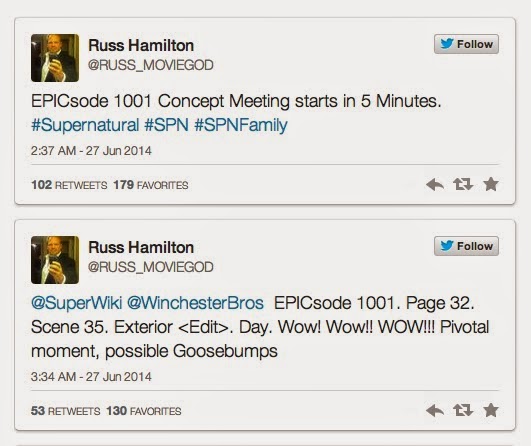 Jim also put the kibosh to a persistent rumour about the season premiere episode.

There's was also news on the convention front, with the first writer/executive producer confirmed for a Supernatural fan convention since Kripke attended one in 2008!

Yes, Adam Glass, writer on the show since season 6 and executive producer, will be attending Vancon, and this time, in an official capacity as a convention guest! Adam excitedly tweeted out the information during the week.

Hopefully this will be the beginning of getting more of the creative, behind the scenes team as regular convention guests!


And though this isn't strictly news... has everyone seen Mark Sheppard lately?! 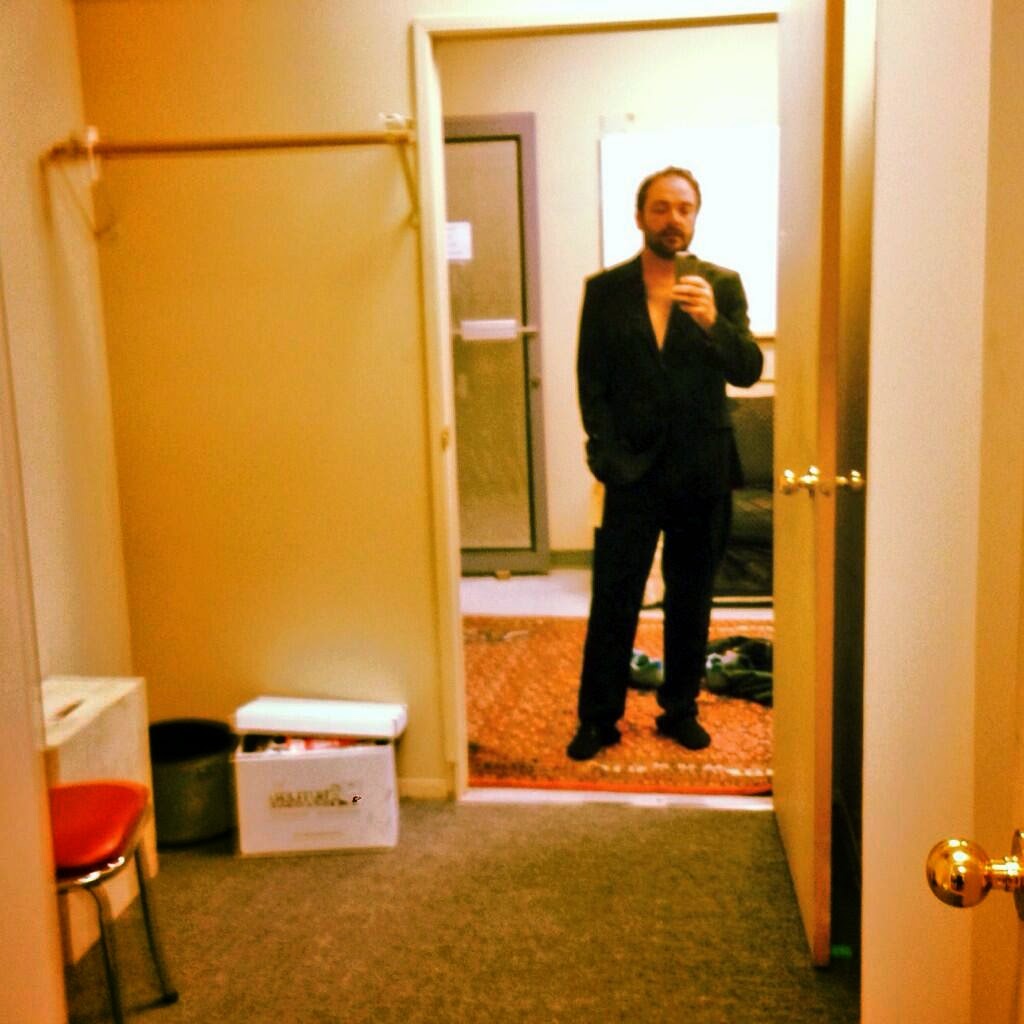 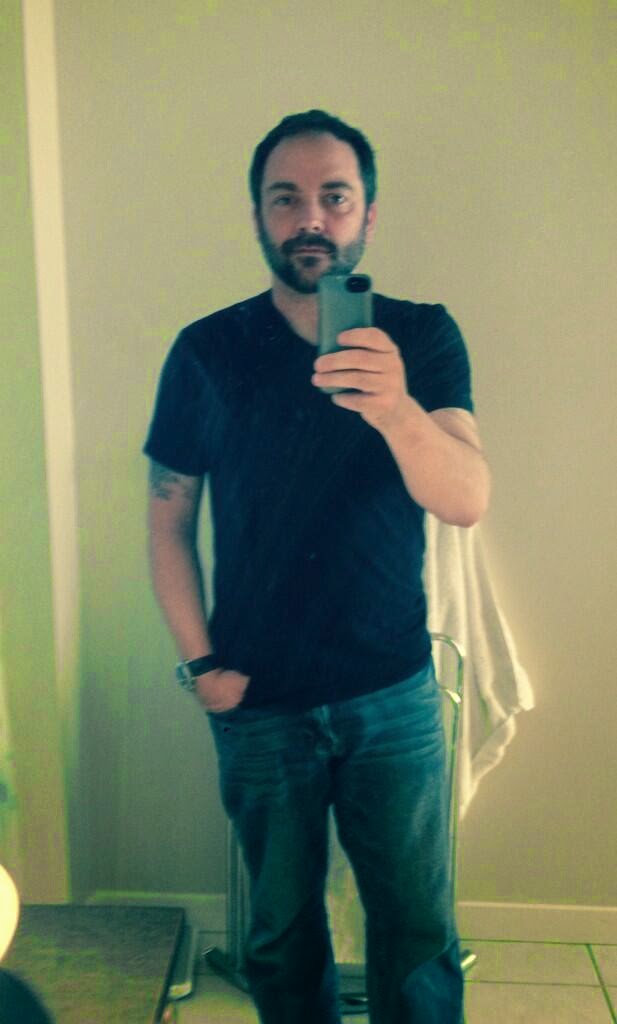 Looks like Crowley will be getting a new wardrobe! Wowzers!


And that's the latest in Supernatural news!

Don't forget to tweet the crew to wish them all the best for the kick off of SNX on Tuesday!

Have a Supernaturally awesome week!
-sweetondean