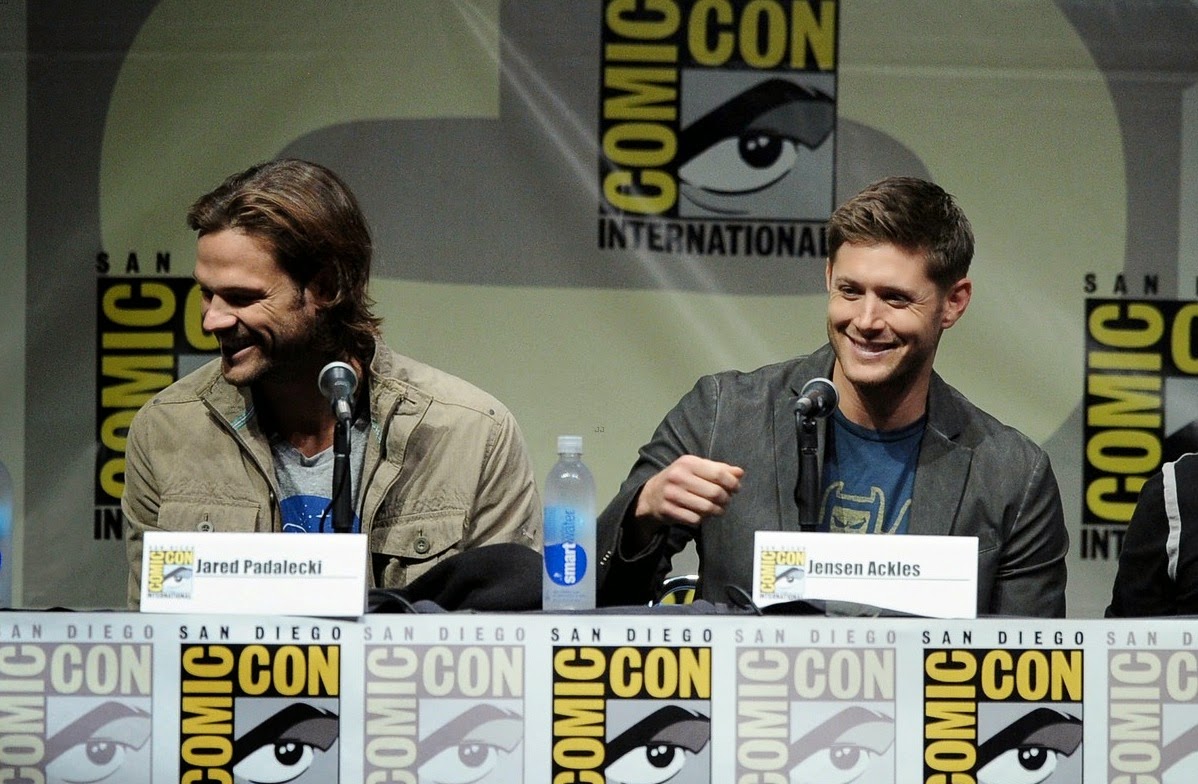 Hello announcement we've all been waiting for!

Supernatural are confirmed for Comic-Con 2014. And as in the past couple of years, we will be dominating, oh, I mean taking over, wait, what I mean is holding our panel in Hall H. Hall H is the largest venue at Comic-Con.

The cast seem pretty excited too!

At this stage the panel will include our two leads and our two series regulars and our spoiler-phobe show runner! But more or the creative team might attend.

In past years, a snippet of the first episode shot - which will be Jensen's directed episode 3 - along with a gag reel snippet are show for the Hall H audience.

Fingers crossed we get Jensen and Jared for another epic Nerd HQ panel too!

So if you're going to Comic-Con, yay! Start lining up for Hall H now!

If you're not going to Comic-Con, keep your fingers crossed that our fan friends have epic surreptitious videoing skills!

Here's the announcement via TV|Line.


And here's some additional information from the San Diego Comic-Con Blog, which gives us an idea of what the video presentation may include.


Supernatural (Hall H, 10AM-11AM). Join series stars Jared Padalecki, Jensen Ackles, Misha Collins and Mark A. Sheppard, along with executive producer Jeremy Carver as they answer questions from the audience about what’s in store for the tenth season of this exciting series, including its upcoming 200th episode! Fans will also be treated to an exclusive video presentation featuring series highlights, and special features from the upcoming Supernatural: The Complete Ninth Season DVD and Blu-ray™ release. Expected to Appear: Jared Padalecki, Jensen Ackles, Misha Collins, Mark A. Sheppard, Jeremy Carver.


Remind me again why I aren't going?
-sweetondean