I'm back! Apparently when the Supernatural crew went on hiatus so did I! Of course, I've still been talking Supernatural on the Women of Letters Podcast, so I haven't totally been hiatusing!

But like the Supernatural crew, it's time to get back to work!

I have some projects I'll be tackling throughout hiatus, so keep an eye out, but for now, I'm kicking off with the Supernatural Headline News!

As we head towards SNX, I'll keep you up to date with all the news fit to print regarding anything to do with our show.

So here we go! The first edition of the SNX Supernatural Headline News (complete with new banner!)

Well this week was a pretty big week! As we know, the Supernatural writers have been back at it for quite some time, typing away, creating new stories about our favourite boys, angel and hellish King, preparing to rip our hearts from our chests again, make us sob for weeks at the eternal pain of watching the character we love and adore get beaten bloody then stabbed through the heart and die as his brother holds him crying his eyes out.................. oh sorry, apparently I'm still not over it.

But this week, the Supernatural crew, up in Vancouver, headed back to work to start prepping for season 10 and the first episode to be shot. Shooting kicks off on July 8! JULY 8!

SQ-UEEEEEEEEEEE! Somehow it makes hiatus seem less damnable when we know that the show is being shot and brand new episodes are underway!

Next, we had the big announcement we'd all been waiting for! The SEASON 10 PREMIERE DATE! And who better to break the news to the fans than our favourite Moose!

This tweet made me giggle uncontrollably because obviously Jared has no concept of how a threat works! "Don't make me come get you!" Um. You DO want us to watch, right Jared? Because I'm thinking I'd be pretty okay with you coming to get me! Bless.

Hot off the heels of the premiere announcement came a bunch of articles about the CW Fall schedule premiere dates including one fabulously exciting reveal!

On the night before Supernatural S10 premieres, the CW will be screening a retrospective special! Our very own special! OMGosh! I hope there's interviews and stuff! This is the most exciting news! And it does show the kind of faith and dedication that the Network now has in the little show that F**KING COULD!

Hey, remember when a former head of the CW tried to kill Supernatural by burying it on Friday nights? She obviously had no idea about how dying and Supernatural works. NOTHING DIES! Ha! We had the last laugh! Season 9 was the highest rating season in 4 years! As Jensen would say, "Suck it!"

SQ-UEEEEEEEEEEE! Of course that meant we could all set out countdowns! 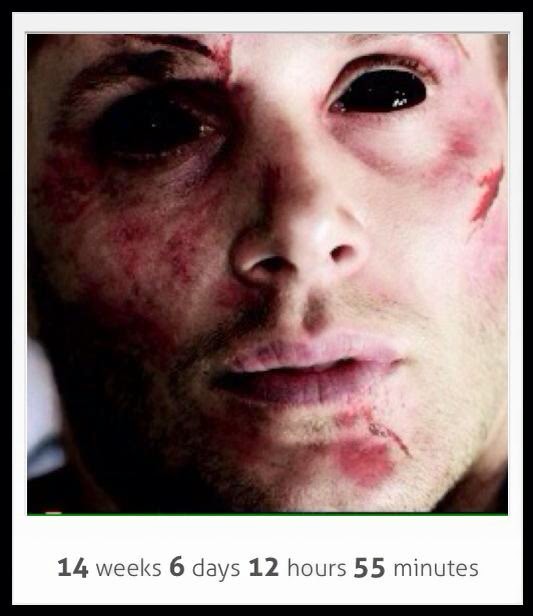 (Sorry for the demon eyes pic, but we do probably need to adjust and get used to it for a bit!)

Then as if that wasn't enough, we were blessed with photos of the arrival of Mr Ackles in Vancouver! Joining the crew to start prepping the episode he'll be directing. Jensen had already told us he was set to direct this season, after missing last season due to wanting to spend time with his brand new baby girl!

Jim Michaels confirmed which episode Jensen will be directing...

Episode 3. That'll be three episode 3's and one episode 4, for those keeping count (like me!)

I know everyone will be super excited to see another episode directed by our favourite demony bro!

And...though we all feel morally compromised when we reblog paparazzi pics, really, he looked so relaxed and damn awesome striding into Vancouver, golf clubs in tow and ranga beard in full force that I just have to include a couple... 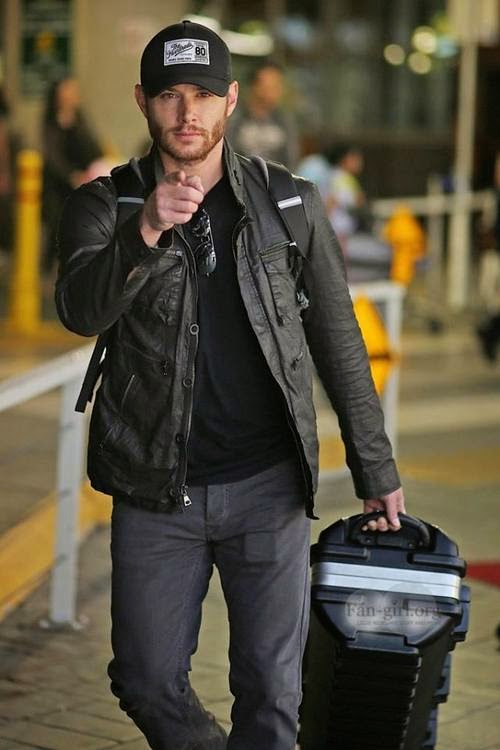 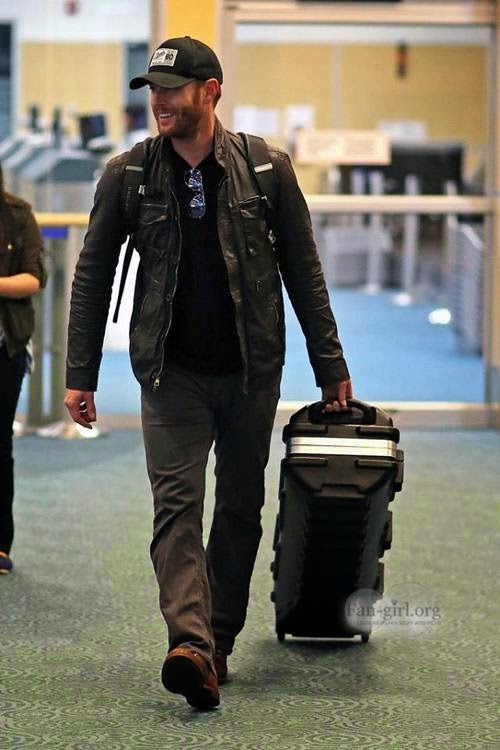 And as usual, he graciously signed autographs... 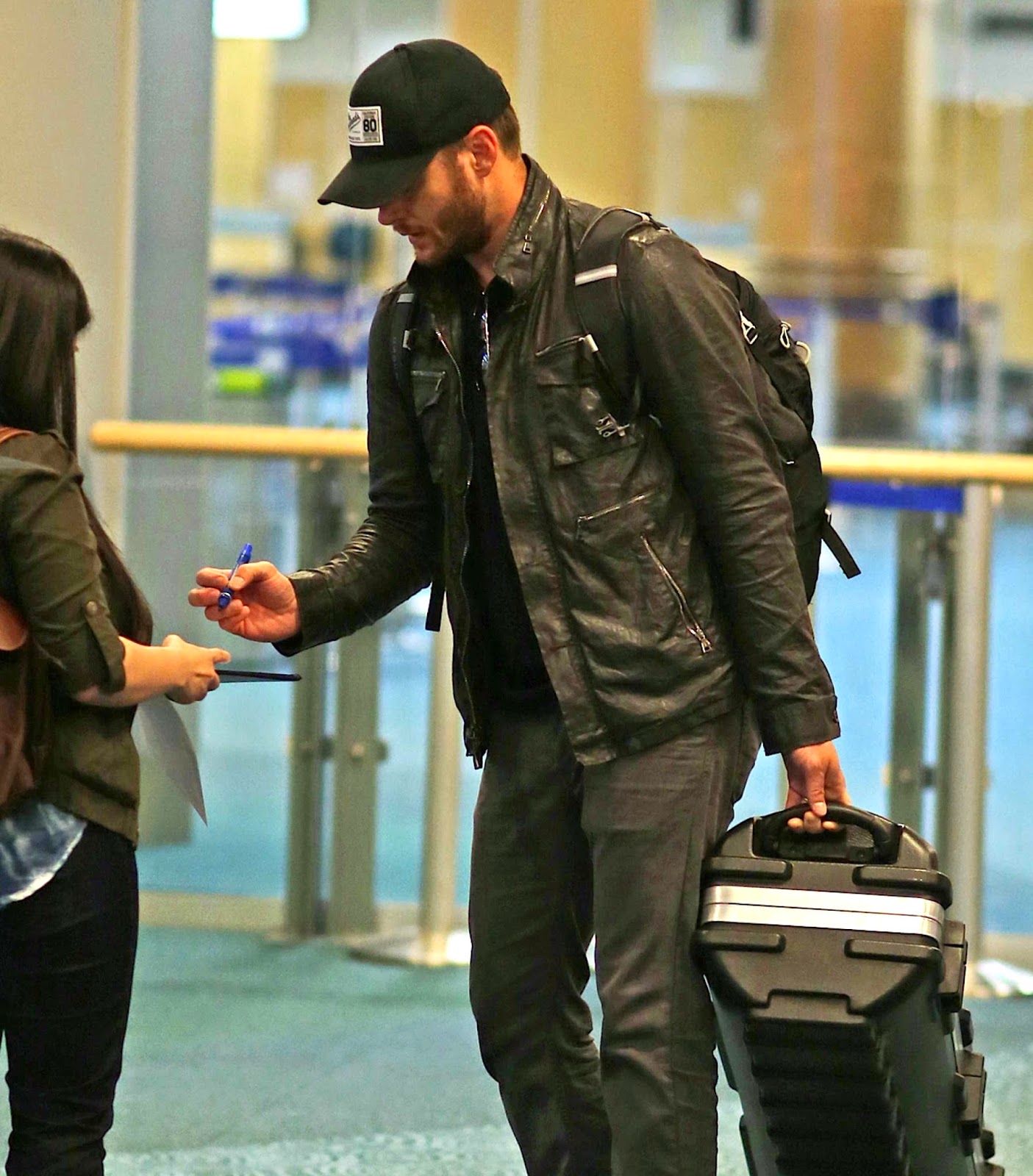 And snapped selfies with fans... 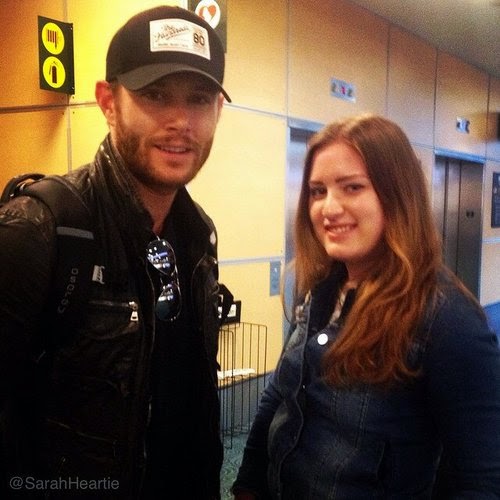 When the guys get back to Van, it really does feel like a light at the end of the dark hiatus tunnel...must be because it's like looking into the sun!

The other thing to happen this week was our favourite non-angelic angel, launched GISHWHES! This kicked off with a random and suitably odd video of this year's GISHWHES sponsor...Serpessence.

He really is the most delightful weirdo!

And registrations launched with a totally inspiring video.

You can register your team for GISHWHES 2014, here...  Good luck everyone!

In other news, Supernatural alum, writer Ben Edlund let us know where he's landed after Revolution was not picked up for a 3rd season. 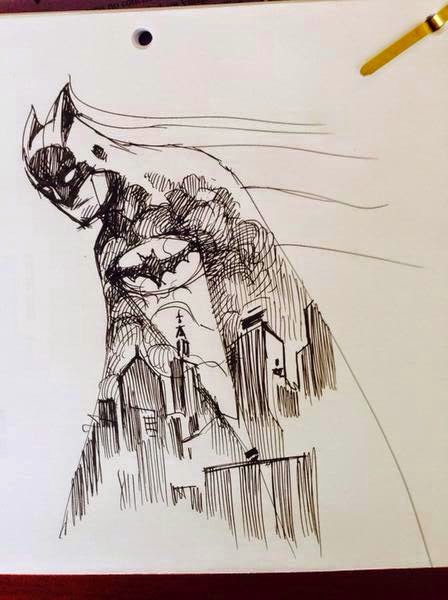 A show I was already excited for, just got downright unmissable!

And though this news has been around few a bit now, I just thought I'd mention the Season 9 DVD release. 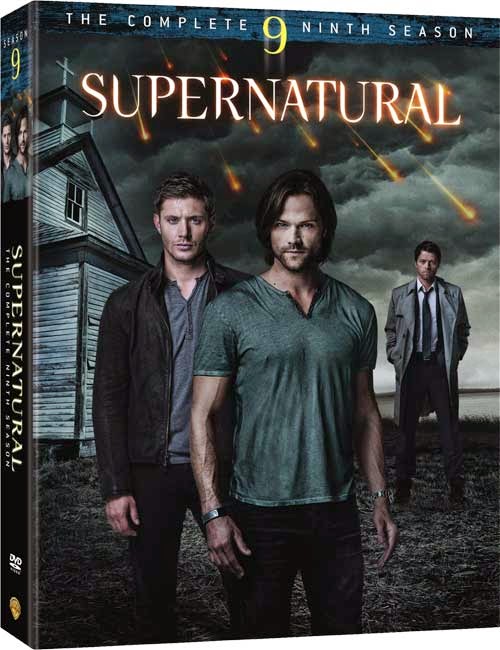 The release date is September 9th, which gives us a month to do our rewatch before season 10 kicks off!

Men Of Letters – a Set of Featurettes
Men of Letters: The Winchester Legacy - This documentary featurette will explore the rich mythology of the Men of Letters – from its roots with the Winchester family to the hidden compound that was passed down to Sam and Dean by their grandfather.

Designing the Men of Letters Bunker - From concept to completion, Production Designer Jerry Wanek will guide us through the creation of Supernatural's largest set.

Supernatural - Bound by Blood: Decisions and Consequences - The documentary featurette explores the ninth season's theme of consequences for Sam and Dean.

Library Tour - Production Designer Jerry Wanek takes the viewer on a set tour of the Library.

Lab - Production Designer Jerry Wanek takes the viewer on a set tour of the Laboratory.

Galley - Production Designer Jerry Wanek takes the viewer on a set tour of the Kitchen.

Dorms - Production Designer Jerry Wanek takes the viewer on a set tour of the Dormitories.

Room 7B - Production Designer Jerry Wanek takes the viewer on a set tour of the Dungeon.

That is some list! The Men of Letters stuff is rockin'!


And...guess what else happened! The Official Supernatural Facebook page hit 15 million likes! 15 MILLION! That's 15 million fans, just like you and me! Yay us! 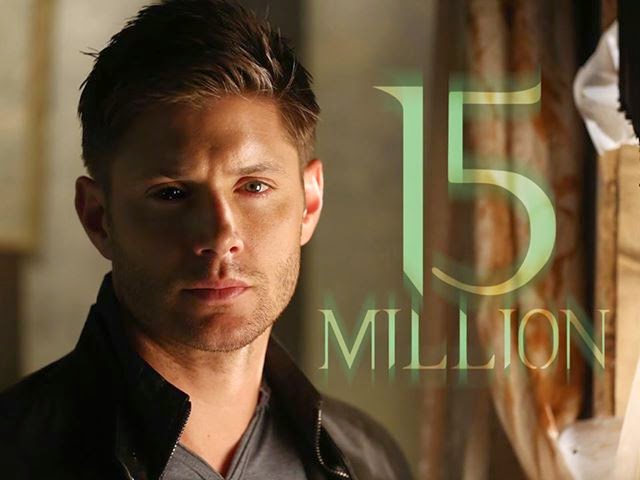 So that's it, that's what happened this week! I'll continue with news updates as they roll in. Hopefully we'll get the Comic Con announcement soon and of course, once shooting starts up on Supernatural, hopefully we'll get a few bits and pieces to keep us sated until October.

I'll be back soon. If the crew can go back to work, so can I!
-sweetondean
Posted by sweetondean at 09:46