The Light on Spoilers, Heavy on Squee Preview of Supernatural 9.20 "Bloodlines" 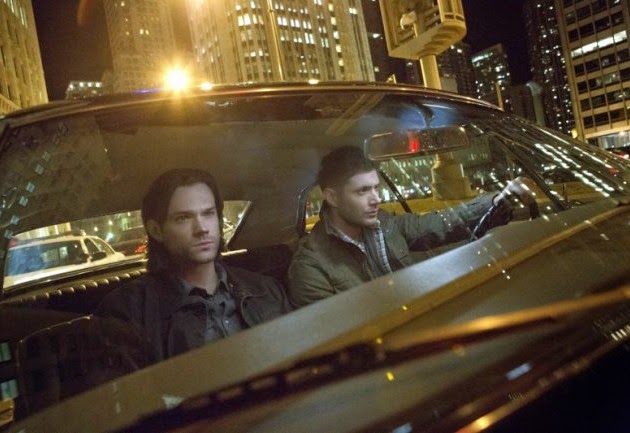 Well, here it is...the Pilot for the Supernatural spin off!

This is what's known as a "backdoor" pilot (don't giggle), meaning they embed the pilot into the season of the existing show. This way, they have existing, experienced creative teams and crews already in play, which makes shooting the pilot less expensive as everything is already set up. It also capitalises on the existing audience of the show that the pilot is based on.

The CW have had success with this style of pilot with The Originals which was a spinoff of The Vampire Diaries and was a backdoor pilot in season 4 - episode 4.20 coincidentally (or not). Arrow has also done this, with the pilot for The Flash (episode 2.08), which should hit our screens later in the year.

So here we are with "Supernatural: Bloodlines"!

Let's look at the synopsis:

SAM AND DEAN INVESTIGATE MONSTER FAMILIES IN CHICAGO — Sam (Jared Padalecki) and Dean (Jensen Ackles) investigate a case in Chicago, where they discover that various mafia-esque monster families are, unknown to humans, running the underbelly of Chicago.

One is a family of shapeshifters run by Margo Lassiter (guest star Danielle Savre), whose leadership is thrown into question when her brother, David (guest star Nathaniel Buzolic), returns home. The other reigning family in town is made up of werewolves, lead by Julian Duval (guest star Sean Faris).

While in Chicago, Sam and Dean meet Ennis (guest star Lucien Laviscount), a man with a personal vendetta against the monsters. The Winchesters warn Ennis about heading into the hunter lifestyle, but Ennis refuses to listen and starts down a dangerous path.

Here's a list of the characters you're going to meet:

ENNIS ROTH | The de-facto star of the potential series, Ennis is “likeable, strong-willed, resolute, with a strong sense of justice.” He’s the son of a cop who grew up in poverty. He’s en route to the police academy himself when someone he is close to is murdered — presumably by some kind of monster. He meets up with Sam and Dean and “learns the staggering truth” that Chicago is run by five families of monsters (including, but perhaps not limited to, werewolves and shape shifters). And with that, a new monster-hunter is born. Fun fact: Producers are looking to fill this role with an African-American actor in his early 20s.

DAVID HAYDEN | A shape-shifter from one of Chicago’s ruling monster families. He’s been living as a human for some time, but a tragedy propels him back into the life. David is in his early 20s.

MARGO HAYDEN | David’s “professional, strong-willed, determined, ambitious” shape-shifter sister. She’s an “ex-punk rocker gone corporate” who sets out to be the new head of the family in the wake of a tragedy. Margo is in her early 20s.

VIOLET DURANT | A werewolf and part of the wealthy, powerful Durant family. In a twist right out of West Side Story, the early-twentysomething is hot for family rival David (see above), but their love is forbidden.

FREDDIE COSTA | A world-weary copy in his 30s, Freddie has a soft spot in his heart for Ennis (he knew his dad back in the day). Fun fact: Freddie’s got a secret. 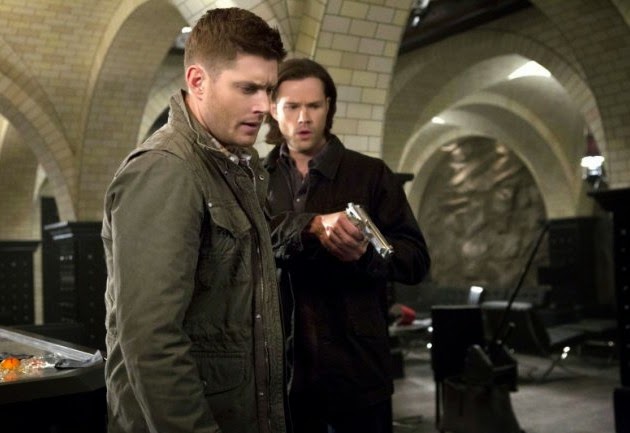 I'm expecting this episode to be Sam and Dean light, for obvious reasons. We know the guys only shot for a couple on this, 2 days in Chicago...though they only shot 2 days in the Misha directed episode too and that didn't feel light on. But the job of this episode will be to introduce a whole bunch of characters, so I'm expecting the emphasis to be on the pretty CW people and not our fabulous boys.


Let's look at the promo:

Wisely, there is a good amount of Sam and Dean in the promo...this, after all, is an episode of Supernatural season 9! Let's not forget that!

If this was just an episode of the week and not a pilot for a new show, I would think it looked pretty good! It sure is shiny! I don't think "Bloodlines" is going to have the gritty, slightly grimy look that Real!Supernatural has.

To be perfectly honest, I don't know how I feel about this pilot! Supernatural is magical for two very big reasons, both of whom's name starts with J. Yes, it's an amazing story, yes it's wonderfully written and beautifully made, but it's Sam and Dean and Jensen and Jared's portrayal of Sam and Dean, (as well as their lovely friendship) that gives the show a shining light that glows out from within, makes it so very special and warms all our hearts. I can't imagine another show ever capturing anything near that kind of magic!

But then, "Bloodlines" doesn't have to. We know it's a totally different concept to Supernatural, more along the lines of The Vampire Diaries, with a large ensemble cast and a storyline that is more soap than horror with a dash of Romeo and Juliet. There's a definite difference! So it's not trying to BE Supernatural, it's simply set in the Supernatural Universe.

Still... I can't help feel a tiny bit gypped that we're losing an episode...at least that's how it feels!

Though... Andrew Dabb has said: "A big shoe drops at the end of this episode, which kind of kicks off into our last three episodes."  So we will finish "Bloodlines" with something important to the mytharc of Season 9...which will remind us that this IS an episode of Supernatural.

And you know what, I'll be there this week with bells on...(thank you Captain Obvious...d'uh it's Supernatural) and I'll definitely tune in and check "Bloodlines" out when the series hits the air (assuming it's picked up, which I assume it will be), because I can't help but want to support the Supernatural brand and the team putting "Bloodlines" together. Plus, I'm sure with Dabb and co. at the helm, it will be good. Hey, I'll always have Supernatural's back. 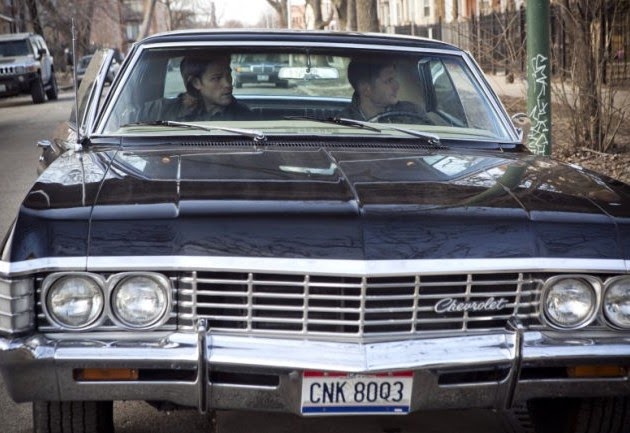 And here's a bit of trivia for you... The Impala used in Chicago belonged to a fan! A fan from Texas supplied her (yes, her) replica Baby for shooting. You may have seen Stefany's Impala at Dallascon. But seriously, what an honour to have your very own Impala being driven by our very own Sam and Dean around the streets of Chicago! It'd never wash the upholstery again. Just sayin'!

You can read a report on filming with a comment (1st comment) from Stefany about having her Impala on the show, here. 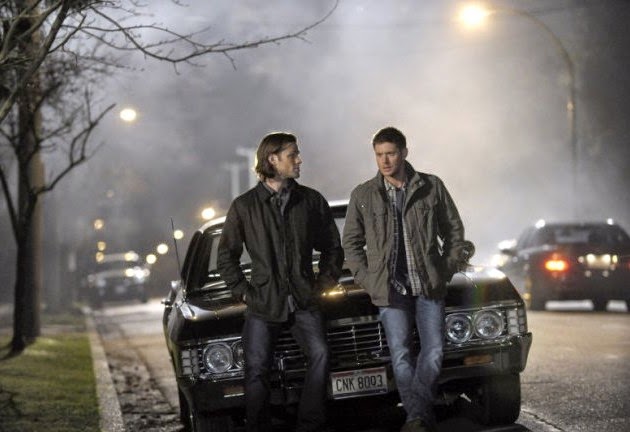 One thing's for sure, it's going to be wonderful seeing our boys in the big city, don't you think? (Boy they look cold in that photo!) (Also, it's alwasy wonderful to see our boys...I'm just stating the obvious all over the place this week!)

As I'm writing this, no sneak peek has been released,  why I do not know, but you can bet when/if it does and when/if the CHCH promo drops, you will find them here!

For more on the Bloodlines pilot, check out the SuperWiki entry.

And check out this great interview with Andrew Dabb - it's got a lot of cool info!

So what do you think? Are you looking forward to this pilot? Outside of the fact that you all always look forward to a new episode of Supernatural of course!

A spinoff. Who'da thunk it huh?

Let me know what your thoughts!
-sweetondean

STOP THE PRESSES! A CLIP!

"Sometimes you gotta work with the bad guys to get to the worse guys" Um. Yessssss. Hmmm.

CHCH PROMO! New look at some of the monsters!