The Light on Spoiliers, Heavy on Squee Preview of Supernatural 10x08 "Hibbing 911" 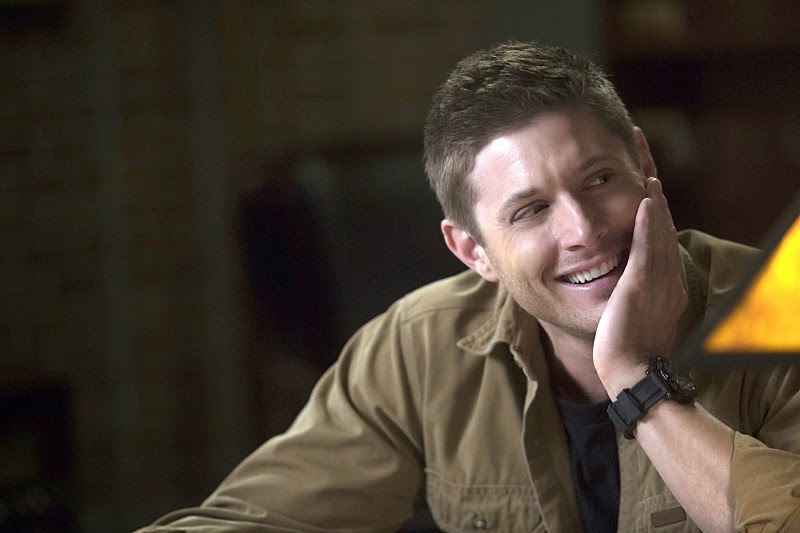 
Eeep! It's the 2nd last episode before the midseason hellatus! Holy cow we got there quick! And only one break...and that week they replayed the Retrospective doco. It's felt so nice to have such great consistency in this seasons schedule!

Dean joined an online dating community.
Sam laughed at him.
The new ginger was all double double toil and trouble
Crowley has mummy issues.
Hannah did an ET and went home.
Cas looked like a lost puppy in his pimp-mobile
Cole learnt his father was Eugene Tooms (well, he sounded like Tooms!)
Dean said the L word.
And Sam heard him.

It's the ladies of the law! 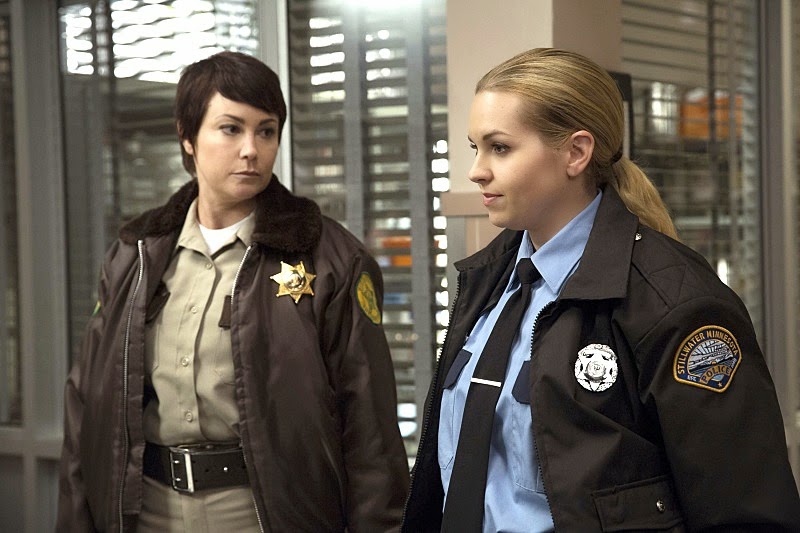 But just so we don't get too relaxed, the brothers also have some Mark of Cain issues.

Let's look at the synopsis!

“Hibbing 911” — JODY MILLS RETURNS — Jody Mills (guest star Kim Rhodes) reluctantly attends a mandatory sheriff’s retreat and is partnered with an overeager sheriff named Donna (guest star Briana Buckmaster) who wants to bond. Just as Jody thinks things can’t get any worse, a body with just strings of meat and skin hanging off the bones is discovered.  While the local sheriffs blame an animal attack, Jody knows better and calls Sam and Dean.  Tim Andrew directed this episode with teleplay by Jenny Klein and story by Jenny Klein & Phil Sgriccia.

I love that Jody is so in touch with the Supernatural world, and I guess Donna is about to go there too! Maybe she'll finally discover the truth about that Fish Taco!

Jenny Klein started her career as a writers' assistant at Supernatural, before being promoted to staff writer in season 9. Jenny then wrote, "Rock and a Hard Place" (mmmm sexy Dean talk) and "#Thinman"

Phil has been with Supernatural since season 1 and is a regular director, as well as Executive Producer of the show. Phil liked Briana's performance as Donna in "The Purge" so much, he came up with the story for this episode so that they could cast her again. Then Jenny wrote the tele-play.

Tim Andrew has directed 4 episodes of Supernatural, the last one being the delightful, "Dog Dean Afternoon".

Shall we check out the promo? Yes, let's!

I really loved sheriff Donna in "The Purge", she was fantastic and I love Jody Mills and harbour an epic girl crush on Kim Rhodes, so I'm pretty sure I'm going to like this dynamic duo! I'm looking forward to Sam and Dean working with these ladies. I think it's going to be awesome fun. I bet they keep those boys on their toes!

I also wonder if we'll hear anything from Jody about her ward, Alex the ex-vampire. I'm interested to hear how her and the good sheriff are going? I hope they're still a part of eachother's lives.


Let's take a look at the sneak peek because it takes a totally different tack.

So here we goooooooo.... I'm hoping that because the boys are actively researching what the hell to do about that damn Mark of Cain on Dean's arm, that this means they've had a conversation about it. There's no secrets here. Dean isn't secretly researching at night while Sam isn't around, the brothers are attacking it together...and ain't that grand! 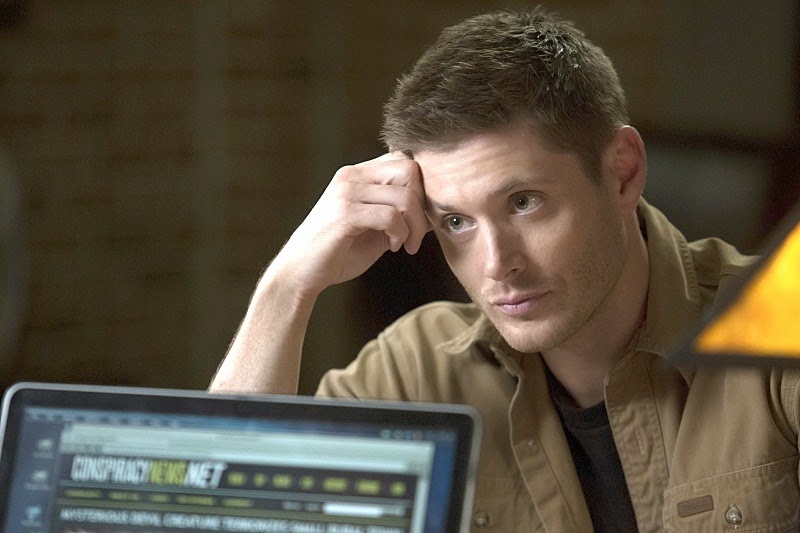 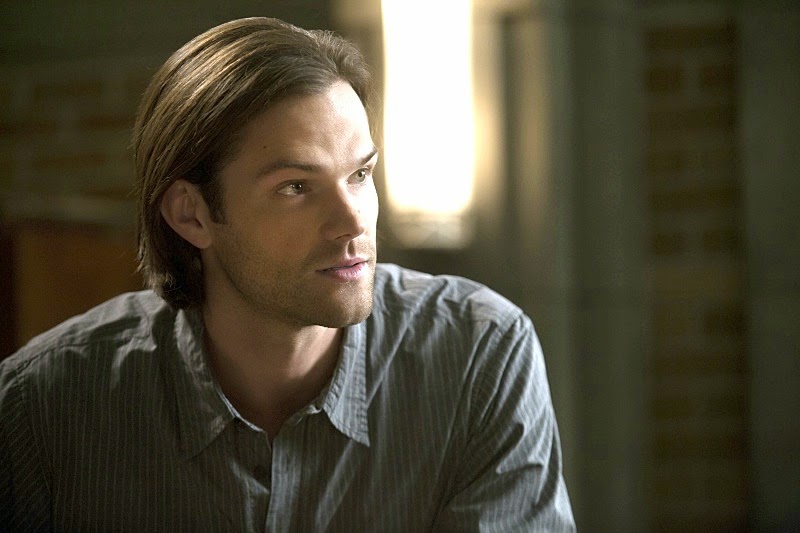 How they get to this scene who knows, but I'm super happy they get to it. I want to know how Dean is feeling. We've had clues over the last couple of episodes that he's feeling the effects of the MoC, but it seems that so far he's been too scared to admit it and/or talk about it - operating in the typical Dean mode of denial. Yet here he is, with his brother, researching the oldest symbol known to man which is currently etched into his skin....so something must have gone down.

I'm guessing the only way out of this for Dean has got to be something to do with Cain. But I am still so very worried that Crowley has The First Blade. I just hope he doesn't plan to use it against Dean somehow...but being Crowley, that's a distinct possibility...especially as I am quite sure human Dean is not going to be very buddy buddy with his old moon howling pal!

Both sides of this episode look super fun and exciting and worrying and pretty awesome to me. And seeing Sam and Dean in the bunker like that...it looks like home, doesn't it? Home. Bless them. Also cranky Dean is one of my favourite things ever! 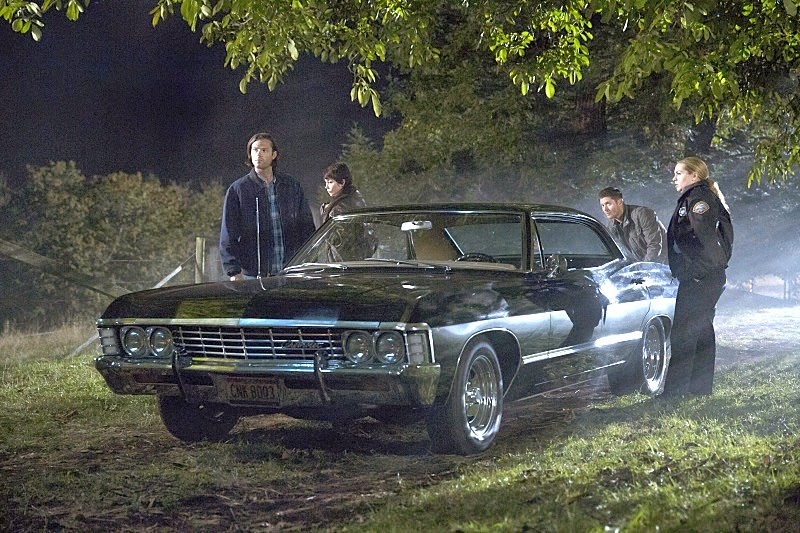 So yay! It's getting to the pointy end of the midseason! I've been loving the pace of this season and having the time to hang out with all the characters without Lucifer or a Leviathan or something, breathing down our collective necks! It's felt so different and new. I just hope I'm not left in a desperate mess at the end of the episode after this or this one...who knows! Eeeep!

And check out this great interview with Kim and another sneak peek - courtesy of The Hollywood Reporter!  Click here.

Thanks for reading! Enjoy the episode, everyone!
-sweetondean